This is the second part of my two-part interview with All In: The Fight for Democracy co-director Lisa Cortés, conducted on Zoom in anticipation of her participation at the NYWIFT 2020 Creative Workforce Summit: Documentary Makers, Industry and Funders in Conversation next week.

All In Co-Director, and NYWIFT Member, Lisa Cortes

CK: How did you divide up the directing with Liz Garbus?

LC: We had very a finite timeline to get this film done, in order to be in the marketplace but also have the impact with our social impact campaign. Time was not on our side. So our process was, we had to divide and conquer. We did the research together with our team but ultimately there were certain people I interviewed and Liz interviewed others. And of course COVID put another layer and slowed things down. When you’re pivoting to being virtual you miss the joy and the ease of walking into the editor’s room and sitting down with them – everything had more layers—and with two directors – we shared the hive mind and then divided on conquered.

CK: On the topic of COVID-19, did the pandemic change the shape or the content of the film in any way?

LC: Only in that we wanted to include it. It was not an essential part of the storyline. COVID’s ultimate, long term, effect on the voting process is a story that is still unfolding, but is still a story we wanted to touch upon – almost in a cautionary way – because when there’s still COVID, there are some important takeaways for the viewer – how to make a plan, how to protect themselves – not only for that moment in time.

CK: Since the story is happening right now, voter suppression is in The New York Times today — was it hard to stop making the film?

LC: No, because unfortunately this is an evergreen story. What we’ve seen in this country voter suppression has the ability to morph. It’s the monster movie, you cut off the head and another head pops up. It’s literacy tests, it’s poll taxes, it is billy clubs and dogs, in the ‘50s and ‘60s and right now, poll closures, purges, voter ID laws. So, I just took you through a couple of hundred years right there. I think that’s why one could stop. Because we examined the roots, the manifestation and I think it’s having the historical context, and understanding that to arm people to how they approach their own plan, but also so they understand how deeply systemic voter suppression is.

CK: You were an American History major in college, while making this film did you learn things that surprised even you?

LC: So much of the history I knew and had studied — I think what was revelatory was what happened when Stacey Abrams and Brian Kemp when they went to vote. Those were pretty amazing scenes, that they were captured. But it also speaks to the flip side. Because so many Americans when they are a victim of voter suppression, think that that they did something wrong, that it’s just them, that it’s singular. What I love about those scenes is that it shows the failings of the system and that most people don’t have CNN trailing them. It reduces voter suppression from being at arms length to being something right in front of you.

CK: For me All In was like a film version of a course I took in college. It made me think about the 18- to 24 year-old voters who vote the least. Can we make this film required viewing in high schools?

LC: We’re doing a lot with the National Federation of Teachers. We have a huge social impact campaign; engagement with schools, creation of curriculums, conversations with teachers’ unions are ongoing. All available and free on our website. AllInForVoting.com. We can help people figure out if they’re registered, how to become a poll worker, how to become further engaged – it’s all part of the 360 of this film.

It was very important for our team from the beginning, that the film not live in a silo, but have tendrils that could connect to various communities, not only for this election but for elections to come.

Watch All In: The Fight for Democracy now on Amazon Prime Video.

And register to see Lisa Cortés and Liz Garbus speak on the “Women Documenting the Vote” panel on Day 1 of the NYWIFT 2020 Creative Workforce Summit: Documentary Makers, Industry and Funders in Conversation next week. Details at nywift.org/summit.

Check out Part II of this conversation with Lisa Cortes. 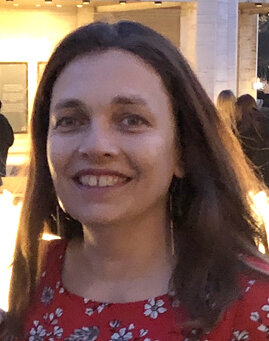 Christina Kiely has been producing and directing documentaries for over 23 years. Most recently she wrote and produced ABC News’ first digital documentary series, A Murder On Orchard Street. Kiely also co-produced the accompanying podcast to the seven-part series. In 2004 she was nominated for an Emmy for her work on the ABC News documentary series NYPD 24/7. While at ABC she also produced for the series In the Jury Room and the weekly news magazine Primetime Mondays. Outside of ABC, Christina has produced and directed numerous programs, including the A&E Biography of Yo-Yo Ma, 12 hours of the TLC series Code Blue, the PBS weekly news magazine Rights & Wrongs: Human Rights Television, as well as various documentaries for the International Labor Organization of the United Nations, including a co-production on migrant farm workers with the PBS series NOW. She recently directed a PSA for Rebuilding Together NYC.

View all posts by Christina Kiely

All In: If you haven’t seen All In: The Fight for Democracy yet on Amazon, do it – it’s a must-see, especially now. Filmmakers Liz...

Creativity and Angst through the Ages

In early August, NYWIFT made Kris Rey’s new feature I Used to Go Here available for streaming and presented a conversation with the writer/director and lead actress Gillian Jacobs. I Used to Go Here is the story of a young woman in her mid-thirties, Kate Conklin, whose first novel has been released and the consequences of a lack-luster response to the book.