All In: The Fight for Democracy is the essential new documentary the LA Times called “an eloquent history lesson on voting rights.” Co-directed by Lisa Cortés and Liz Garbus, the film tells the painful history of voter suppression in America as it traces the story of gubernatorial candidate Stacey Abrams and her 2018 run in Georgia.

Oscar-nominated producer NYWIFT Member Lisa Cortés (Precious, The Apollo, Remix: Hip Hop X Fashion) joined me to discuss All In: The Fight for Democracy, why it matters so much right now, how they pulled it off during the pandemic, and why Stacey Abrams’s story needed to be the spine of the film – apart from the fact that we love her.

The following are highlights from the first part of our conversation over Zoom. Stay tuned for Part II tomorrow, and register now to hear Cortés and Garbus speak on the “Women Documenting the Vote” panel on Day 1 of the NYWIFT 2020 Creative Workforce Summit: Documentary Makers, Industry and Funders in Conversation October 20-23. Details at nywift.org/summit. 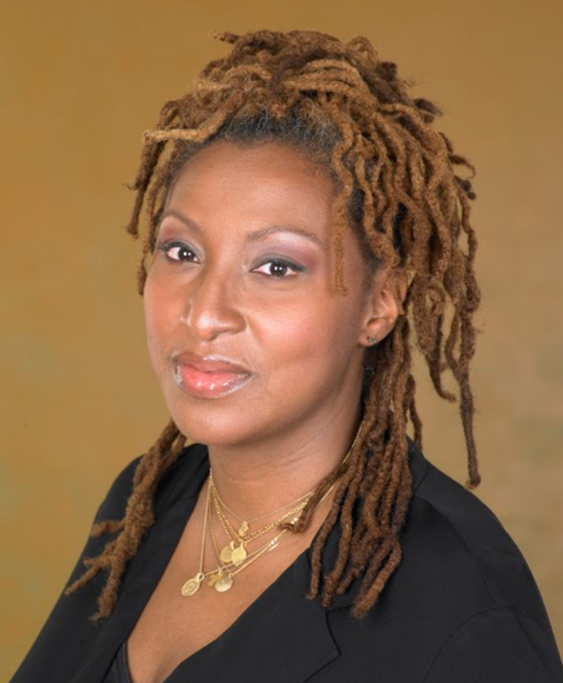 All In Co-Director, and NYWIFT Member, Lisa Cortes

CK: In a post-screening conversation with Lin-Manuel Miranda, I heard a pleased Stacey Abrams say that she was tricked into being in this film. What did she mean by that?

LC: It’s a loving, running joke between me, Liz and Stacey. Let me take you to the origin story. In the summer of 2019, Stacey met with several filmmakers because she wanted to find a greater platform to tell this history and to tell this story. But she wasn’t looking to tell her story about her run for Governor in 2018. She was pretty explicit about that, it’s not her story, it’s about this history, and anytime you personalize a story, if someone has any prejudices against her or feel like she’s a sore looser that could be a detriment for them wanting to access and learn this history.

We had fantastic meetings with Stacey and she talked about the architecture of voter suppression – she’s a producer on the project also – and she identified people that we might want to speak to and helped us to connect with them and I think she felt like, ‘my work is done for the moment.’

And then we’d come back and say, “can we do a little interview with you, and can we do a second one? And then we want to speak to your parents?” We realized in telling the story that the journey of Stacey in 2018 was an important part of the spine. It then allowed us to take this contemporary event and connect it to the past. But also to be a springboard to this moment we find ourselves in now. With so much of the misinformation and shenanigans that we’re having, to wade through — for something that should not be that difficult for people to do — to exercise their right to vote.

And so the interesting moment in making this film with her was when we presented her the first rough cut. It was so nerve wracking waiting for her response. But she put her producer hat on and she realized what we were constructing and the intersection of her story with a greater history and the emotional resonance that her story brought to the film.

Stacey Abrams in ALL IN: THE FIGHT FOR DEMOCRACY

CK: Do you fear that some viewers will immediately dismiss this film as left-wing propaganda?

LC: I think some people are going to be predisposed, when they see a film with Stacey Abrams story to feel that it’s leaning into a particular parties propaganda. In the film we show that through time it hasn’t always been the Republicans – Democrats have been involved in voter suppression also. What Stacey Abrams – I love what she says – It wasn’t that she lost but that Georgians were denied the access and the right to vote. Whatever party you want to vote for, you shouldn’t have all these barriers put in place.

CK: Why do you think people — “ordinary” Republican voters, not those in the machine — might think it is leftwing propaganda to make voting accessible to all?

LC: I think they think that because they are coming from a place of privilege. They don’t have to wait hours in line to vote. If you were born in the Jim Crow South and you don’t have a birth certificate, that can be a barrier to you getting your correct voter ID. So I think there is something to be said for someone who is speaking from a place of privilege – is part of the weaponization of voter suppression.

CK: On the other side of that question, I was wondering if the film might only preach to the converted? But then I realized that even the converted might need an education. With that in mind, who is your intended audience?

LC: What was always important for Liz and I was to make certain that this history did not feel like spinach to anyone. The historical connective tissue about who has power and what they do to maintain it be part of our story and understanding how the past is prologue.

We’re all trying to figure out how did we get to this moment. We want to reach people who want to understand this moment, make the best decisions, engage, mobilize with this overview that doesn’t discourage them but if anything makes them excited about this engagement.

CK: Did making this film ultimately make you more hopeless or more hopeful? From impossible literacy tests to Gerrymandering, how does one keep many voters from feeling powerless and hopeless?

LC: I think part of the film is to get people engaged. I am hopeful. I look at CT Vivian and Andrew Young and Amelia Boykin and John Lewis, and so many nameless folks who died for this right. I’m standing on their shoulders. I see the progress that has been made. I see the progress that Stacey Abrams, a Black woman born in poverty in the South could run for Governor in Georgia. Those are not trite accomplishments. I’m excited by the peaceful protests happening in the streets and hopefully that translates to protesting at the ballot.

Stay tuned for Part II of my conversation with Lisa tomorrow.

Watch All In: The Fight for Democracy now on Amazon Prime Video. 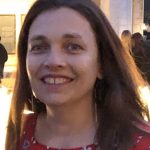 Christina Kiely has been producing and directing documentaries for over 23 years. Most recently she wrote and produced ABC News’ first digital documentary series, A Murder On Orchard Street. Kiely also co-produced the accompanying podcast to the seven-part series. In 2004 she was nominated for an Emmy for her work on the ABC News documentary series NYPD 24/7. While at ABC she also produced for the series In the Jury Room and the weekly news magazine Primetime Mondays. Outside of ABC, Christina has produced and directed numerous programs, including the A&E Biography of Yo-Yo Ma, 12 hours of the TLC series Code Blue, the PBS weekly news magazine Rights & Wrongs: Human Rights Television, as well as various documentaries for the International Labor Organization of the United Nations, including a co-production on migrant farm workers with the PBS series NOW. She recently directed a PSA for Rebuilding Together NYC.

View all posts by Christina Kiely

Recap: NYWIFT Talks with Julie Taymor and Kimberly Guerrero About “The Glorias” and Getting Out the Vote

NYWIFT blogger Kristin Reiber Harris reflects on our powerful conversation with the team behind The Glorias, including Julie Taymor's creative process, the celebration of Native voices, and how we as women live in constant dialogue with our former selves.