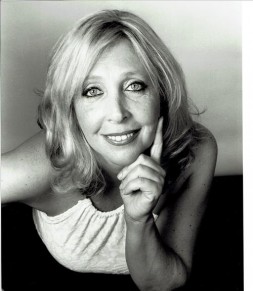 Writer/Producer
Molly Productions LLC
Full Bio
Brigette ReDavid writes for the screen, television and theatre. She is a former managing editor of the NEWS of DELAWARE COUNTY and former columnist for the PHILADELPHIA INQUIRER.

Theatrical works have included shows in NYC, MY and LA.

Brigette s TV pilot script AKA Mia is a Fusion Film Festival winner. She is currently writing a TV Pilot based on her life as a reporter outside Southwest Philadelphia.

Brigette holds an MFA in Dramatic Writing from NYU. She likes her yellow lab, writing on cocktail napkins, and traveling in cars, planes, boats or on horseback because getting there is half the fun.