For our final piece in the series, we’re bringing back a favorite -our 2018 profile of Jessie Maple.

Maple is the first black woman to join the union of International Photographers of Motion Picture & Television (IATSE) in New York. Her book, How to Become a Union Camerawoman, is an instructional guide illustrating the obstacles that she endured to get into the union. It details the court case she initiated to fight discrimination after she became a member. 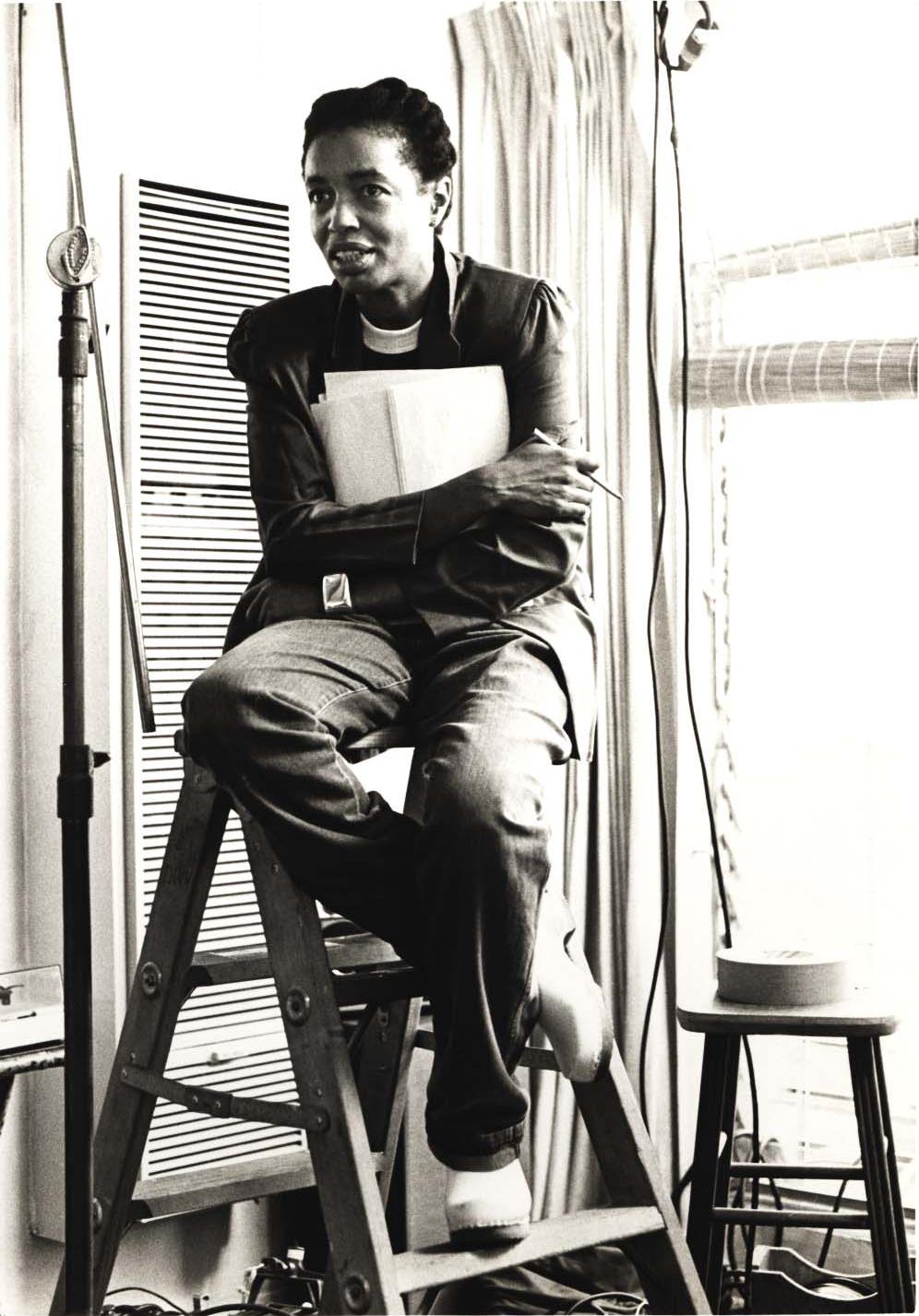 It’s also insight into Maple’s MO. When she wanted to make films to counter negative representation of African Americans in movies, she left her job as a lab bacteriologist and took filmmaking classes at WNET and Third World Cinema. She and her husband started a production company. Her film Will (1981) about a basketball coach trying to kick a drug habit was one of the first feature-length films by a black woman in the post-civil rights era. Needing a venue to premiere the film, she founded 20 West, Home of Black Cinema in Harlem as a venue to show films by independent and black filmmakers to the public.

In a recent interview with The New York Times, Maple said, “You can’t stop progress. You can hold it up for a minute, but you can’t stop it. Some people have asked, aren’t you angry that you had to go through all that? And I said no, I made money, and I had fun. So why would I be angry? You don’t get anything unless you pay a price for it.”

Will was restored and preserved by NYWIFT’s Women’s Film Preservation Fund.

Pingback: Her Story: Jessie Maple - She Made History

Below the Line: A Cut Above – Costume Designer Ruth E. Carter

Ruth E. Carter is an American costume designer (and NYWFT Designing Women honoree!) with an unparalleled ability to develop an authentic story through costume and character. And this year she became the first African American woman to win an Academy Award for costume design for her work in Black Panther.

Below the Line: A Cut Above – Production Designer Hannah Beachler

Production Designer Hannah Beachler created the iconic looks of "Creed," "Moonlight," and Beyonce's "Lemonade" before taking on the fictional world of Wakanda in "Black Panther," which won her a 2019 Academy Award. She is the first-ever African American - male or female - to take home that honor.

Below the Line: A Cut Above – Film Editor Joi McMillon

Joi McMillon made Oscar history in 2018 when she became the first African American woman nominated for Best Achievement in Film Editing for Moonlight. But the road to the Oscars wasn’t straight or smooth.