It’s 30 minutes before the start of Opening Night at the Greenwich Village Film Festival, and Alessia Gatti, President and Co-Founder of the festival, looks about as unruffled as you can get. I’ve been introduced to her and her business partner (and co-founder), Antonio Padovan, by New York Women in Film & Television (NYWIFT) Board member Terry Greenberg, who also happens to be on the jury for the festival. As we chat for a few minutes, I can’t help but notice that both Alessia and Antonio are nothing but easy smiles and relaxed stances. I’m more than a little impressed considering it’s not just opening night, but the festival itself has made quite the big leap this year. 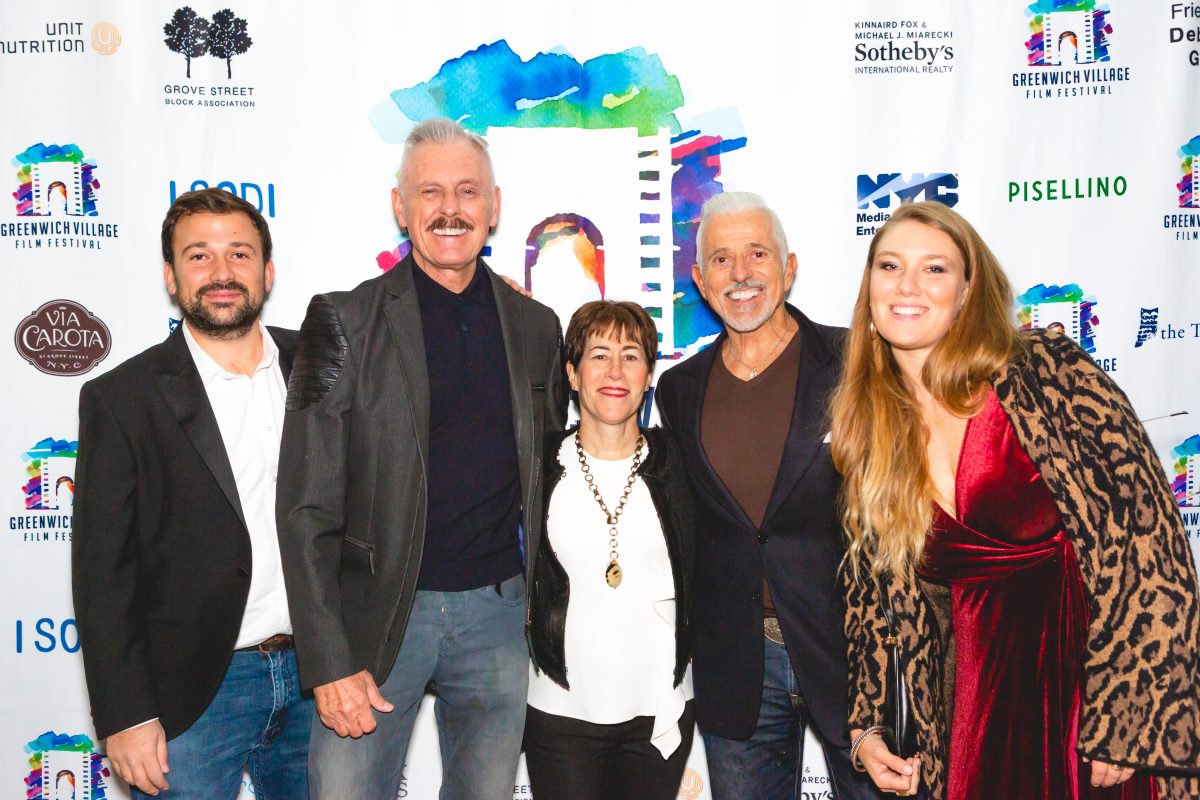 This is the fourth year for Greenwich Village Film Festival, and in between this year and last, the festival has gone from the tiny little Greenwich House Music School over on Barrow Street, to the IFC Center itself. Opening night takes place in the main theater on the first floor, with nights two and three in the smaller theater upstairs.

The festival is also home this year to a selection of photographs from an exhibit titled “Women Calling the Shots,” which was first showcased this summer at a NYWIFT cocktail party at White Box that concluded the organization’s 40th anniversary. The exhibit, curated and co-presented by Greenberg’s Short and Sweet Productions, is a series of images that showcases women in the entertainment industry working – and being in charge of – the sorts of roles more often than not reserved for men: director, editor, camera operator, and DP, just to name a few. 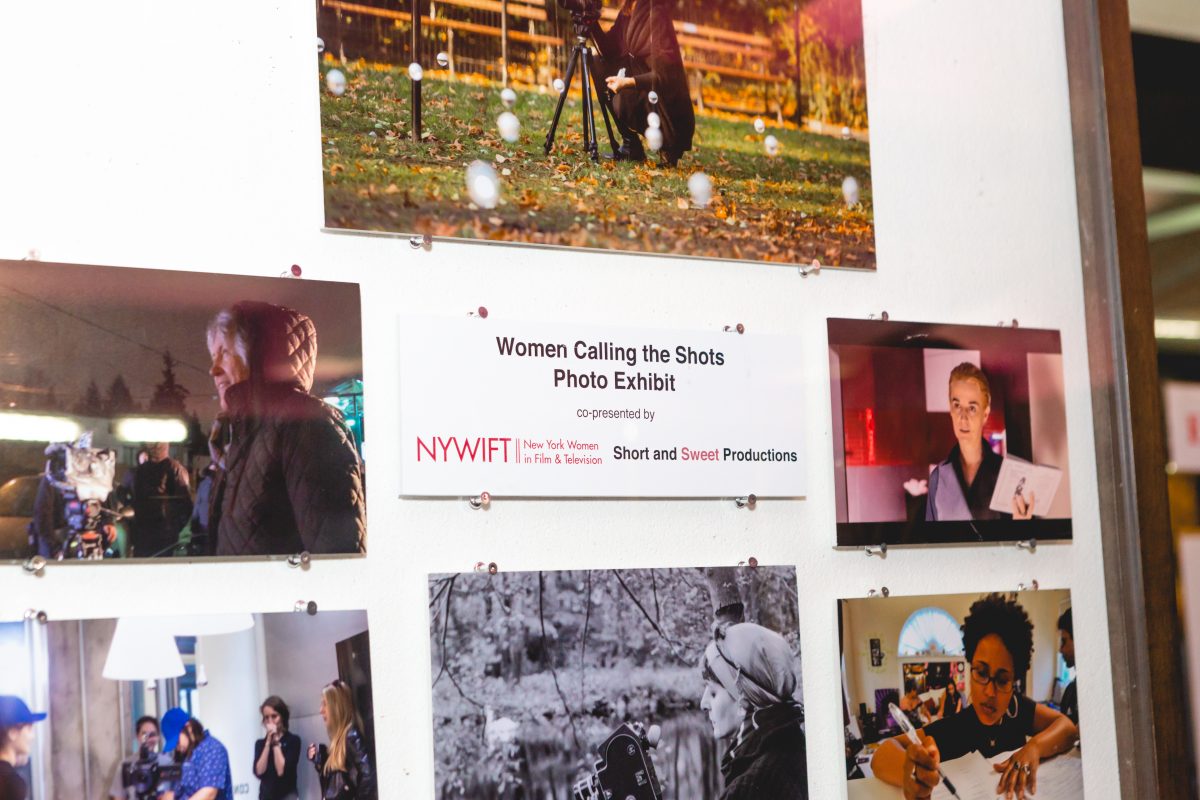 As I took in the breathtaking photos (I’d missed them the first time around), I asked Greenberg where she’d gotten all of them from, and she told me they were all images submitted by members of NYWIFT. She’d put out a call to have photos sent in that highlighted the members’ work, and curated what she’d received into a broad look at where women aren’t just succeeding in today’s world of media, but thriving. The pictures themselves are a crossroads of aestheticism, a nice balance to the visualization that whether women want to work above the line or below it, there’s a place for them to do that now.

Gatti herself is a prime example of that. Originally from Italy, she’d studied communications at Sapienza Università di Roma, as well as acting. “That’s how I started,” she told me as we chatted over drinks after the opening night screening. “I come from acting; I’d studied it since I was 14.” Once she’d graduated, she made her way to New York, only to find herself up against a particular barrier she hadn’t anticipated: she didn’t look ‘Italian’ enough. “Being blonde and blue-eyed with an accent, [I didn’t fit] the box of Italian that’s usually the American stereotype in casting.”

Not getting enough parts, but not ready to leave the industry, she slowly started moving behind the camera. Her first project was a series of documentary shorts called Hands of New York, about the things various people around the city do with their hands. After selling it to an Italian TV channel, she turned to producing full time, and spent the next six years working and learning her new passion before deciding to launch the Greenwich Village Film Festival.

“There are so many people shooting in The Village every day, but the change in real estate has made it unaffordable, and there’s no art here [anymore], so we wanted make a film festival where we could showcase films that wouldn’t necessarily play at places like [Tribeca Film Festival], but were great films. We could give them a platform, but also bring it to the village so we keep here something that is creative.” 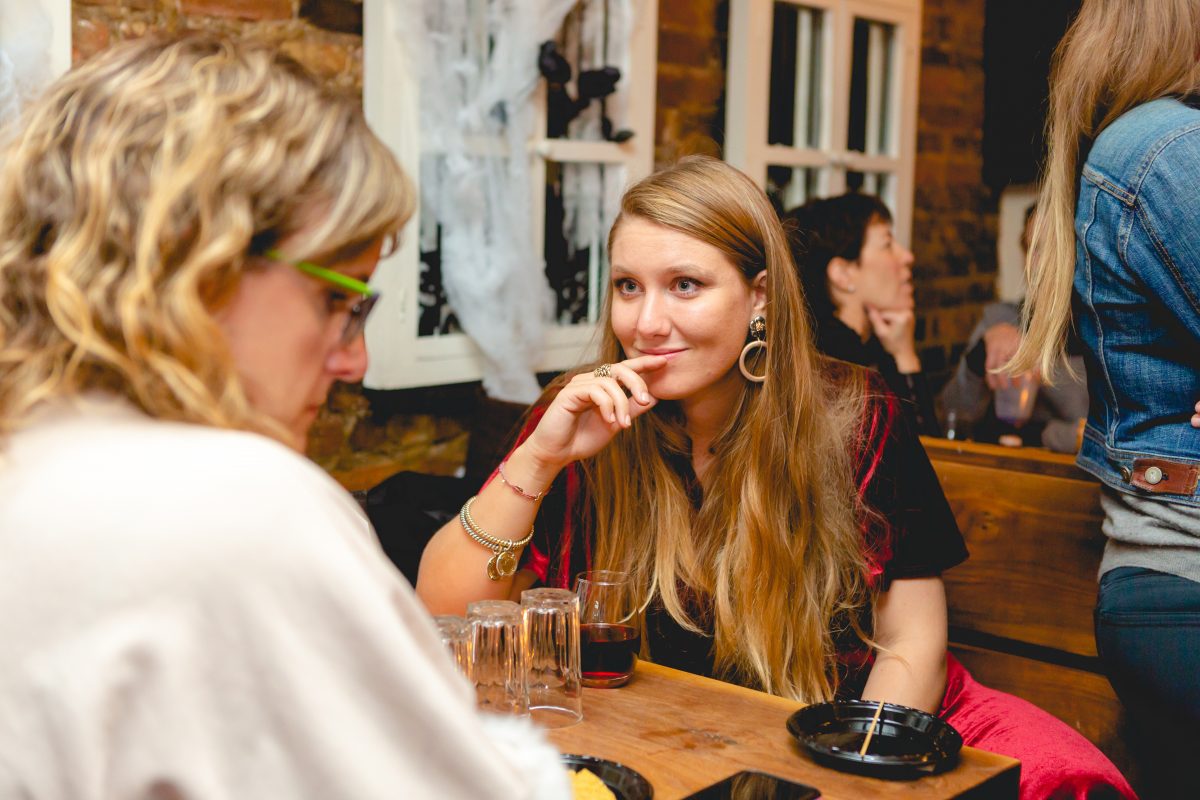 The festival itself has grown from a single night showcase (one that caused Alessia to blush when she talked about how she showed all the films at once, over a six-hour period, though she promised me there had been snacks, drinks, and a couple intermissions), to a multi-day, sold-out event that’s starting to get the notice of A-list actors and entertainment execs alike.

“Women Calling the Shots” is a phenomenal photo exhibit that shows women doing what they’ve always done best: multi-tasking, taking control, and getting things done. And what better place to bring such a perspective to a larger audience than to the very event founded by a woman who took control when life sent her in a different direction and brought something beautiful back to the artistic heart of New York City.

Greenwich Village Film Festival runs during the fourth week of October. If you missed this year’s event, be sure to mark your calendars, the festival will return in 2019. For more information about the event, or how to submit, visit greenwichvillagefilmfestival.com.

Back in the Dark Ages, Stephanie tripped into social media marketing when a former boss lost a bet with her over whether people were actually using it or not. Armed soon after with a shiny MBA, she set her sites on world domination. Since then, she's created innovative social media campaigns on everything from small indie projects to major film & TV releases, and has built a solid track record for crowdsourcing and funding both features and documentaries. With her finger on the pulse of modern filmmaking, and extensive production experience, Stephanie knows what makes films great, and she knows how to sell them to the world.

View all posts by Stephanie Cole

With her company Evenfield Entertainment, producer Kerry Fulton is looking to do just that: even the playing field. That's a mission we can certainly get behind. She brings her experience working in the global TV and film market to NYWIFT as one of the newest additions to our Board of Directors.

As summer heats up, New York Women in Film & Television gears up for the start of our new year – and with it, new faces join our leadership team! Next up, meet Gretchen McGowan, an award-winning producer and Head of Production at Goldcrest Features.

NYWIFT member Alex Cirillo is a director, producer and the Co-Founder of Big Vision Empty Wallet, an inclusion-focused incubator that produces content that keeps you at the edge of your seat. Next up, she brings her talents and passion for inclusion to the NYWIFT Board of Directors.

Jamie Zelermyer: Please join me in welcoming new Board President Jamie Zelermyer! We are thrilled to have her leading NYWIFT’s next era. Writers Lab: Congratulations...