Many have never heard of “Wobblies” or the Industrial Workers of the World (IWW), but in the early 1900s, The Wobblies were laborers working in a variety of fields, who joined the movement which became known as “industrial unionism” under the IWW organization and they made headlines.

70 plus years following the founding of IWW, filmmakers Deborah Shaffer and Stewart Bird came together to bring the story of early American industrial radical labor reform back into the spotlight.  Their documentary, The Wobblies (1979), shows the relevance of this history that still holds true today. 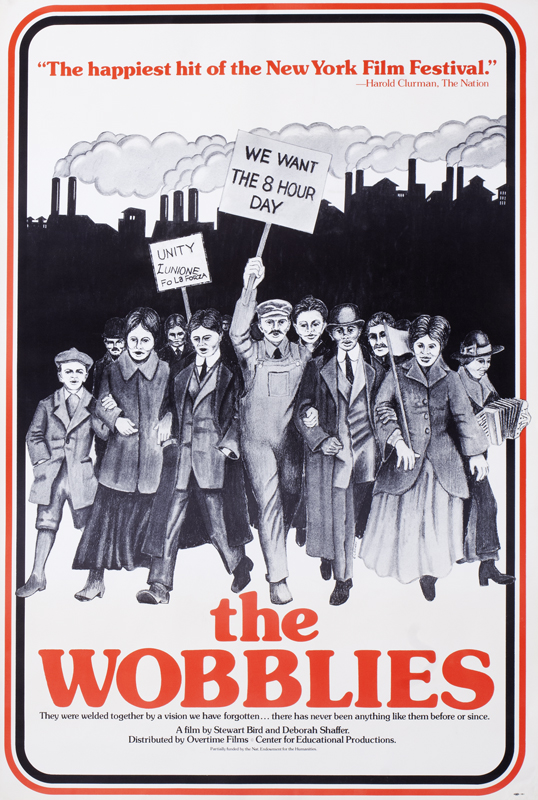 Today, unions continue to be both supported and vilified, and in the early days of the industrial revolution, it was no different. Laborers in the early 1900s, however, were fighting for basic rights (and in some cases what we’d today consider to be human rights) and many were literally killed over it in this battle. At the time, what was referred to as “unskilled labor” had no representation whatsoever. IWW advertised themselves as “One Big Union”, promoting that every worker should join under one social class.

Controversy around unionization goes back to early union history. The Wobblies documents this particular organization, IWW, and the people who were on the ground fighting for their rights as lumberjacks, weavers and other factory workers, coal miners and more.

IWW was unique in its approach to theory, which was based on several different political philosophies. In response to the increase in the urban industrial population alongside the growth of corporations rapidly taking hold of the major industries, the Wobblies embraced workplace democracy. These beliefs included voting systems and debates around management selection. Some of what IWW promoted were deemed socialist and/or anarchist structures and therefore received as much resistance as support. 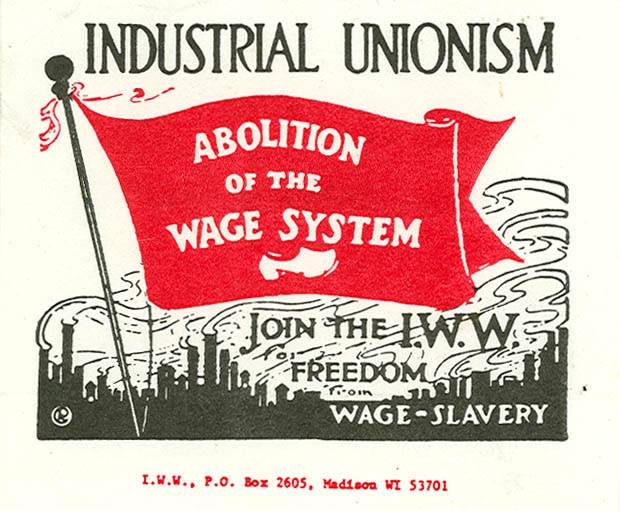 At the height of the Wobblies’ efforts, the organization totaled around 150,000 in members, but membership was often short lived.  Workers would join because of a particular strike or conflict they were personally desperate to resolve, and cease involvement once it ended. IWW also suffered opposition on several fronts: from corporations, competing unions with different ideals, and the government.

Shaffer and Bird’s The Wobblies is an early example of using oral histories with historical imagery in a documentary. The film weaves together interviews with Wobblies, who were elderly at the time of filming, with a variety of archival footage, stills, illustration, folk art, propaganda animation, and most effectively, music. It was the Wobblies songs that were what so many laborers interviewed for the film remember and sing for us, in addition to engrossing stories of grisly strike wars. Their passion for the movement and the cost of the fight for labor rights comes through vividly as labors recount days long ago. The Wobblies is an incredible document of the groundwork that union fights laid that provides for our basic rights in all fields of union and non-union employment today.

Don’t miss the screening of The Wobblies with The Women’s Film Preservation Fund screening partner and host, UnionDocs on January 28th at 7:30p. Filmmakers Deborah Shaffer and Stewart Bird will be in attendance for a post discussion.

The Women's Film Preservation Fund (WFPF) is the only program in the world dedicated to preserving the cultural legacy of women in the industry through preserving American-made films by women. Founded in 1995 by New York Women in Film & Television (NYWIFT) in conjunction with the Museum of Modern Art (MoMA), WFPF has preserved nearly 150 American films in which women have played key creative roles.

DGA Report: Some good news to start your holiday season – the latest DGA Episodic TV Director Inclusion Report shows that in the 2018-2019 television...