This week, we continue to reminisce about Designing Women’s past with photos, videos and anecdotes here on the NYWIFT blog while we gear up for this year’s event on June 13th! Now in its 17th year, Designing Women, co-presented by Variety, has become a staple of the NYC entertainment industry’s spring calendar, celebrating the creative alchemy of design, character and story…

After honoring costume designers annually starting in the year 2000 at what was then called Designing Hollywood, NYWIFT added a category for hair stylists in 2006. After all, hair literally – and figuratively – is what tops off a character’s look on screen! 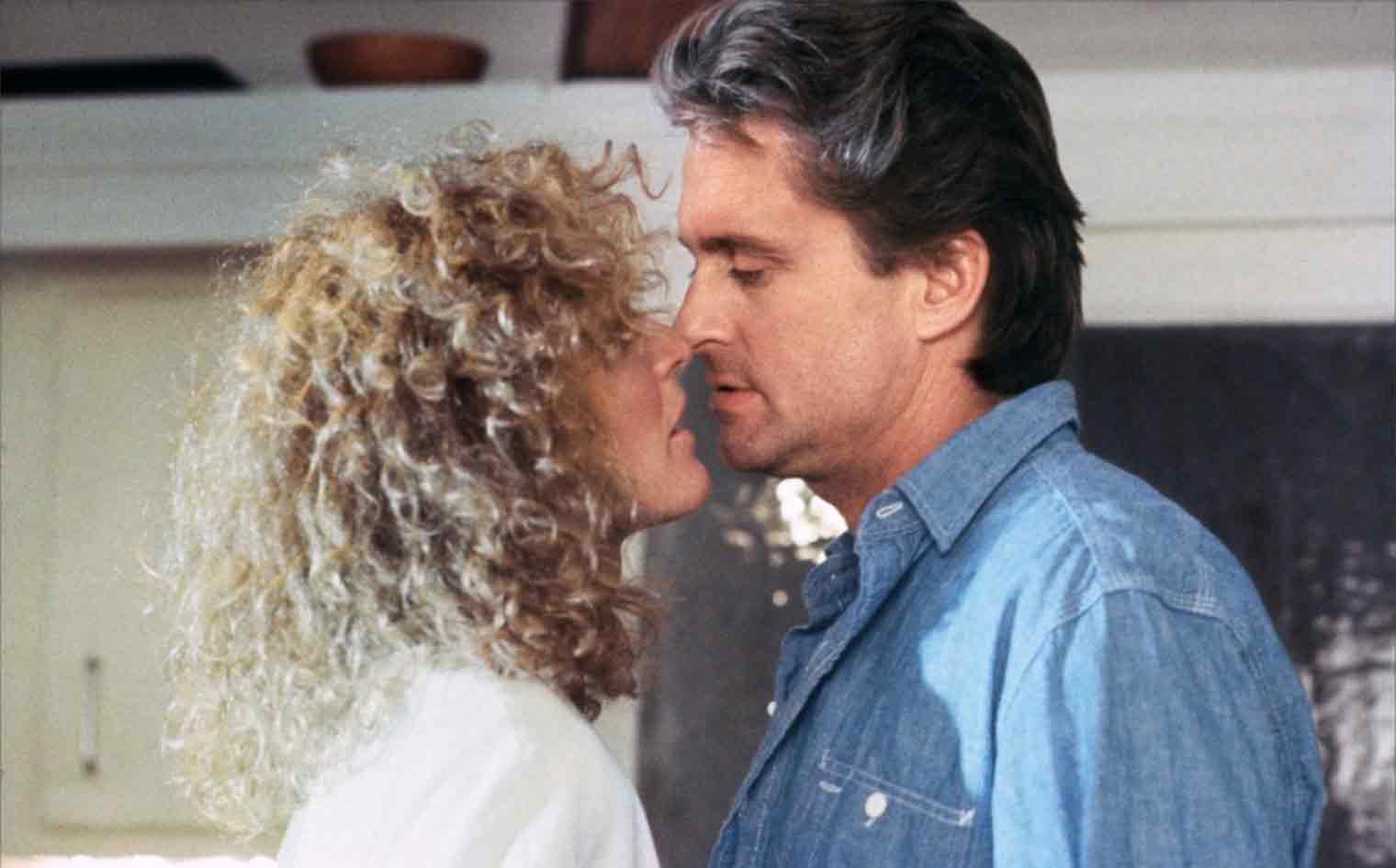 Our very first hair stylist honoree was Lyndell Quiyou. Quiyou began her career in 1979 as hair stylist on 34 episodes of the TV series Ryan’s Hope (according to IMDB). She went on to work on hits including The Big Chill, Fatal Attraction, Big and Chicago. In addition to designing hair and wigs for productions as a whole, Quiyou also specializes in being the stylist for individual star cast members. Collaborators have included Richard Gere (whom she styled in 14 films), Madonna, Sean Connery, Juliette Binoche, Renee Zellweger and Julia Roberts. 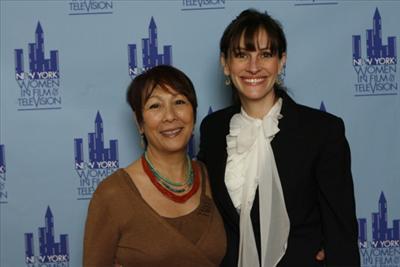 Quiyou and Roberts on the NYWIFT red carpet

One of the marked characteristics of every year’s Designing Women ceremony is the palpable warmth between the presenters and the honorees. The relationship between stylist and actor is an intimate one, and Designing Women allows attendees a glimpse into that special collaboration. You can see it in the photos of Quiyou and Roberts captured by Getty: 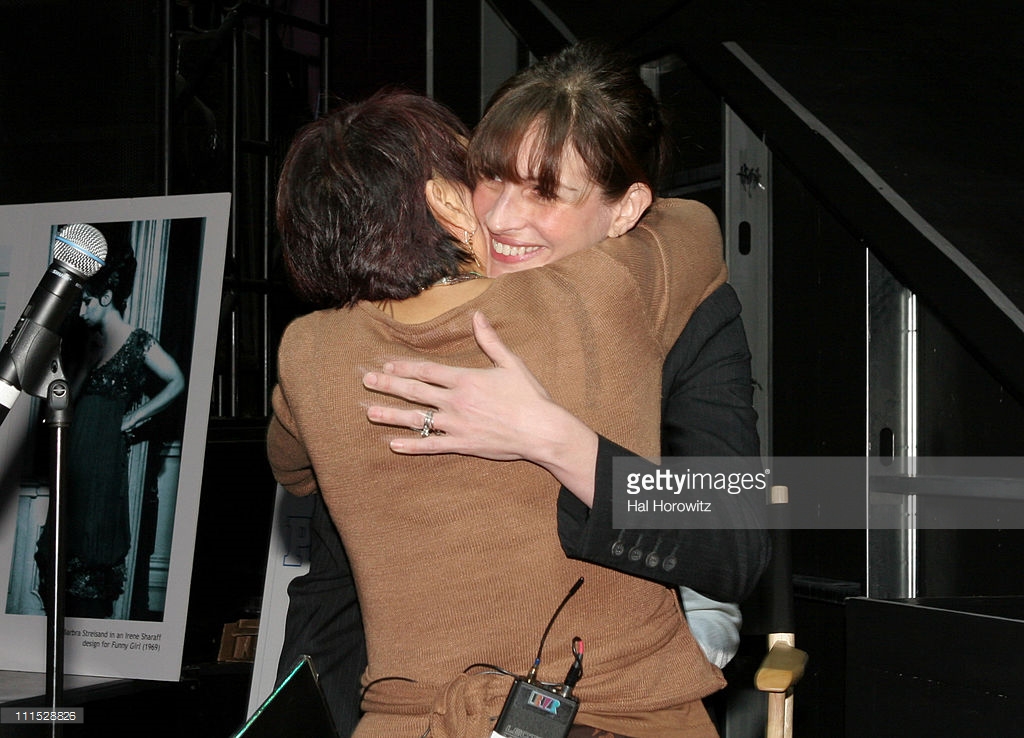 You could also feel it last year, when Boardwalk Empire star Gretchen Mol presented the award to hair stylist Francesca Paris, who, in addition to Boardwalk, has worked on The Sixth Sense, Eternal Sunshine of the Spotless Mind and A League of Their Own. Mol and Paris both paid tribute to “Lola,” the affectionately named wig Paris designed for Mol’s character Gillian Darmody. Mol relied on “Lola” for protection during nude scenes – Paris added secret hair extensions to cover certain key anatomical features whenever Mol’s clothes came off.

You can watch the presentation to Francesca Paris, including the highlight reel, here:

Next week we will crown our next Designing Women Hair Stylist honoree: Rose Chatterton, known for her work on Shades of Blue, The Good Wife, The Knick and It’s Complicated, to name a few. Shades of Blue star Ray Liotta will present her award. 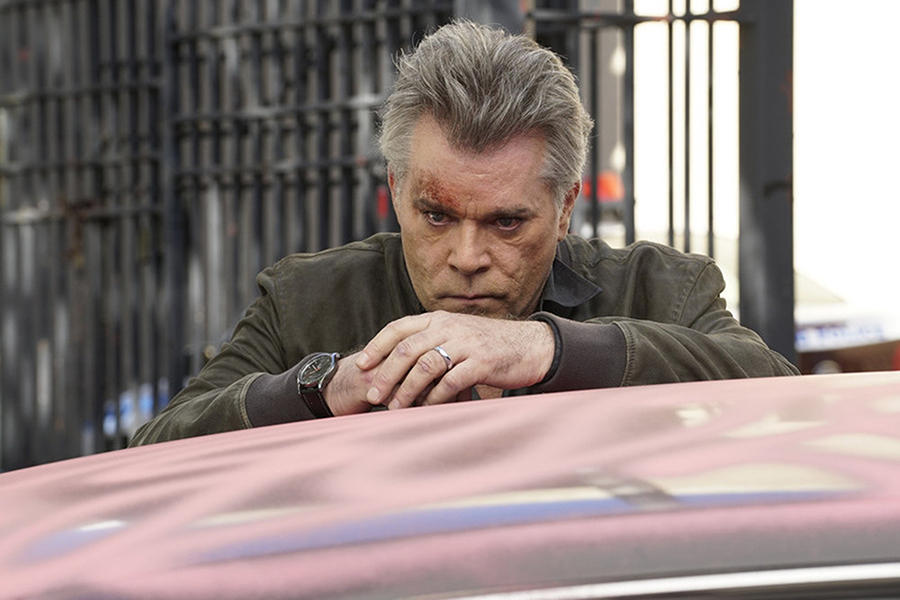 Ray Liotta in Shades of Blue

Join us! Buy your tickets for Designing Women – June 13th at 7 PM at the CUNY Graduate Center. $75 for NYWIFT members; $150 for nonmembers.