In the coming weeks, we will reminisce about Designing Women’s past with photos, videos and anecdotes here on the NYWIFT blog while we gear up for this year’s event on June 13th! Now in its 17th year, Designing Women, co-presented by Variety, has become a staple of the NYC entertainment industry’s spring calendar, celebrating the creative alchemy of design, character and story…

Every year at Designing Women, in addition to honoring an individual costume designer, hair stylist and make up artist, we recognize the full costume, hair and make up team of one New York production with the Variety Ensemble Award. Past honorees include Boardwalk Empire and Sex and the City 2 but none was perhaps quite so buzzworthy as last year’s honoree, Netflix’s Orange is the New Black.

Cast members Uzo Aduba (Suzanne “Crazy Eyes” Warren), Kate Mulgrew (Galina “Red” Reznikov) and Barbara Rosenblat (“Miss Rosa” Cisneros) – in addition to the evening’s emcee Lea DeLaria (who plays Big Boo) – were on hand to present to the team who transforms them every day into the characters we know and love. 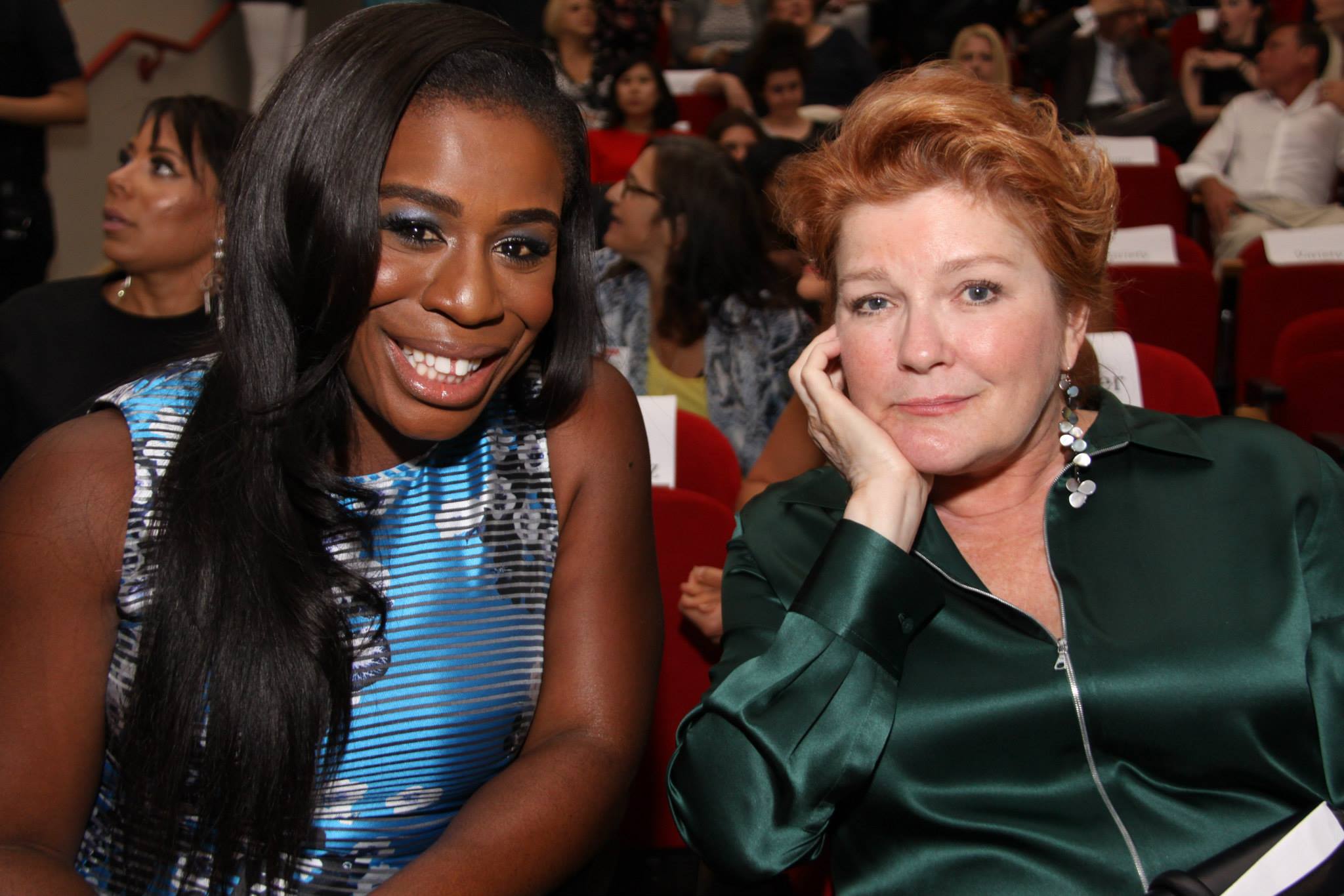 Uzo Aduba and Kate Mulgrew in the audience before the ceremony.

Honored just weeks before its much-hyped third season was set to drop on Netflix, Orange was the perfect example of the alchemy of design, character and story. After all, how do you convey personality when most of the cast are in prison uniforms (be they convicts or guards)? The design team works carefully with the cast to nail every detail, every subtle quirk that lets the personality and history shine through. And the flashbacks that convey the prisoners’ pre-crime backstories are always rich with cultural, ethnic and period detail – delivering a wealth of information visually before the actors even speak. 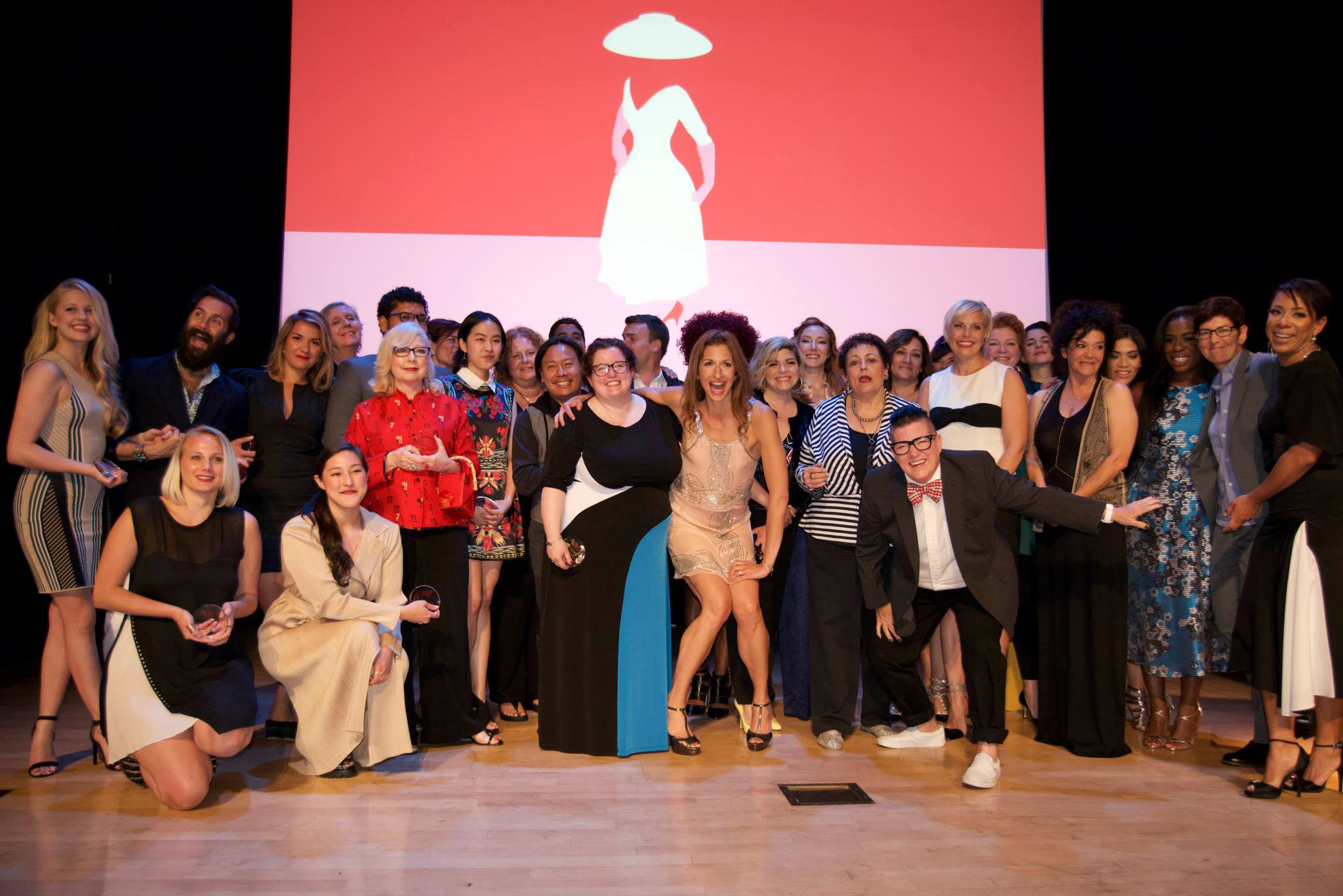 Uzo Aduba put it best: “I am often reminded not only of the brilliant storytelling and nuance that is represented through hair, makeup and costuming, but also how each designer has been able to incorporate the persona of each character inside the walls of Litchfield while still gently and respectfully maintaining the humanity, individuality and dignity of each of these women that they so deserve.”

You can watch the full Orange presentation – including the killer clip and interview reel, always a favorite element of Designing Women – here:

The ladies who make Litchfield look like Litchfield…how do we follow that? Next month, the Variety Ensemble Award will be presented to the design team of Showtime’s The Affair. This team faces what may be an even bigger challenge – every week, they show the same event from one or two or sometimes as many as four different perspectives! The show circles on, well, an affair – and the deadly fall out that ensues for the lovers’ families. Each scene is colored – often literally – by the interpretation of the character telling the story. In one memory, a character looks as tired and disheveled as he felt – yet in another memory of the moment, he looks like a matinee idol..the way his lover saw him. The Affair uses design to bring a whole new level of nuance to storytelling – we cannot wait to celebrate this incredible achievement. The Affair star Maura Tierney (also of ER fame) will present the award to her colleagues. 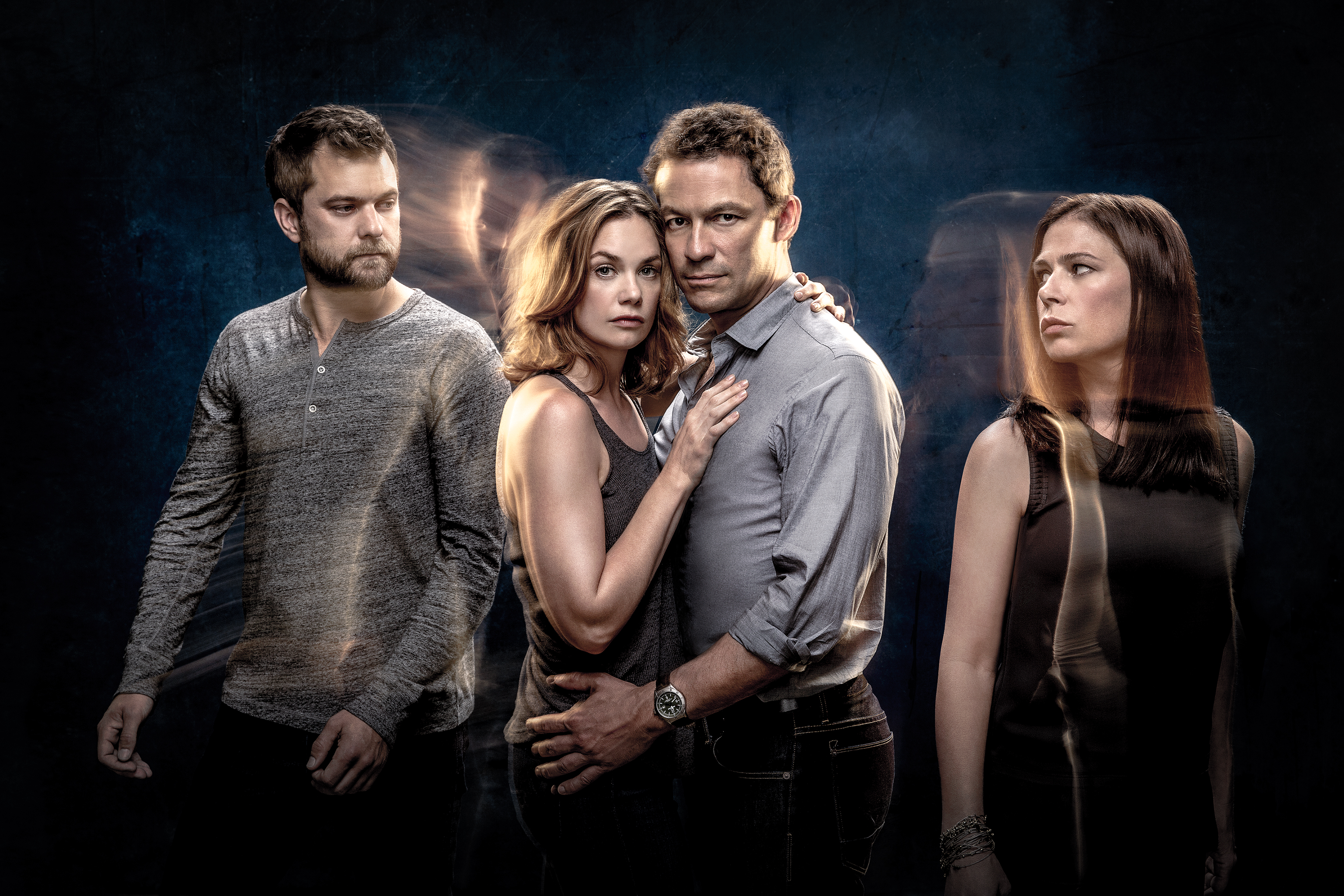 The troubled souls of The Affair. Maura Tierney (far right) will join us June 13th.

Join us! Buy your tickets for Designing Women – June 13th at 7 PM at the CUNY Graduate Center. $75 for NYWIFT members; $150 for nonmembers.

And stay tuned to the blog in the coming weeks for our exclusive look back at Designing Women’s 17 year history!