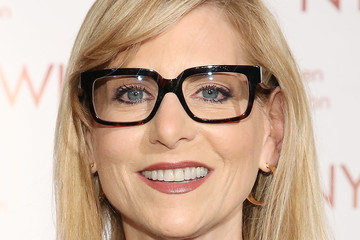 Dawn Ostroff, president of Condé Nast Entertainment, has held senior roles at 20th Century Fox Television, Michael Jacobs Productions, and the Kushner-Locke Company. Prior to joining Condé Nast Entertainment as president, Ostroff launched and led the new CW broadcast network, developing numerous groundbreaking hit series. She has also served as president of UPN Network. Before that, she was the Executive Vice President of Entertainment at Lifetime Television, where she oversaw programming and production, leading the network to rise to the No. 1-rated cable network in primetime.

Mary Bailey was the script supervisor on Rosewater, August: Osage County, Men In Black, and A League of Their Own, among other notable films. With a career spanning nearly 50 films and several TV projects, Bailey has worked with a range of producers, actors, and directors, including Mike Nichols. They first worked together in 1988 on Working Girl, and her next project with the director is the upcoming HBO feature Master Class. Bailey has also worked with Sofia Coppola, Nancy Meyers, Jonathan Demme, and Scott Rudin.

Abigail Disney, a filmmaker, philanthropist, and activist based in NYC, produced the acclaimed documentary Pray the Devil Back to Hell, winner of Best Documentary at the 2008 Tribeca Film Festival. Along with Gini Reticker and Pamela Hogan, Disney created the five-part film series for PBS, Women, War & Peace. She is currently at work on a new film, also for PBS, highlighting the key role of women in the Arab Awakening. In partnership with Nobel Peace Prize recipient Leymah Gbowee, Disney is co-founder of the Gbowee Peace Foundation as well as the Daphne Foundation, a social change foundation that provides grants to grassroots organizations working with low-income communities in NYC.

Stay up to date with all things Muse Awards on Twitter and Instagram with #NYWIFTMuse and #RoadtoMuse. Check out our Facebook Page and return all week right here on the NYWIFT blog for behind-the-scenes action and updates!

Abigail E. Disney is an American documentary filmmaker, philanthropist, and social activist. She produced the documentary Pray the Devil Back to Hell, and is the executive producer, writer, and director of The Armor of Light, which won an Emmy Award for Outstanding Social Issue Documentary.

New Law: Kudos to the New York State legislature, which passed a new law on Wednesday allocating up to $5 million in new tax incentives...

Loved it: Watch out for NYWIFT member Abigail Disney’s amazing film The Armor Of Light, which I saw at the Hamptons International Film Festival. It...

Road to Muse: Missed the NYWIFT Muse Awards? We Got You Covered!