TIME’S UP joined New York Governor Andrew M. Cuomo in announcing the TIME’S UP New York Safety Agenda: a four-part initiative to amend New York law in an effort to prevent sexual harassment and assault from occurring and enable survivors to seek justice. This happened because of women organizing to ensure safe, fair and dignified work for us all.

Catalyzed into action by all the brave survivors who shared their stories, a coalition of women in New York, including actresses, activists, attorneys and business executives, led the four-part TIME’S UP New York Safety Agenda. The safety agenda, which has been included in Governor Cuomo’s 2019 executive budget, includes legislation to ELIMINATE the statute of limitations for second and third-degree rape claims, along with a number of significant workplace protections. 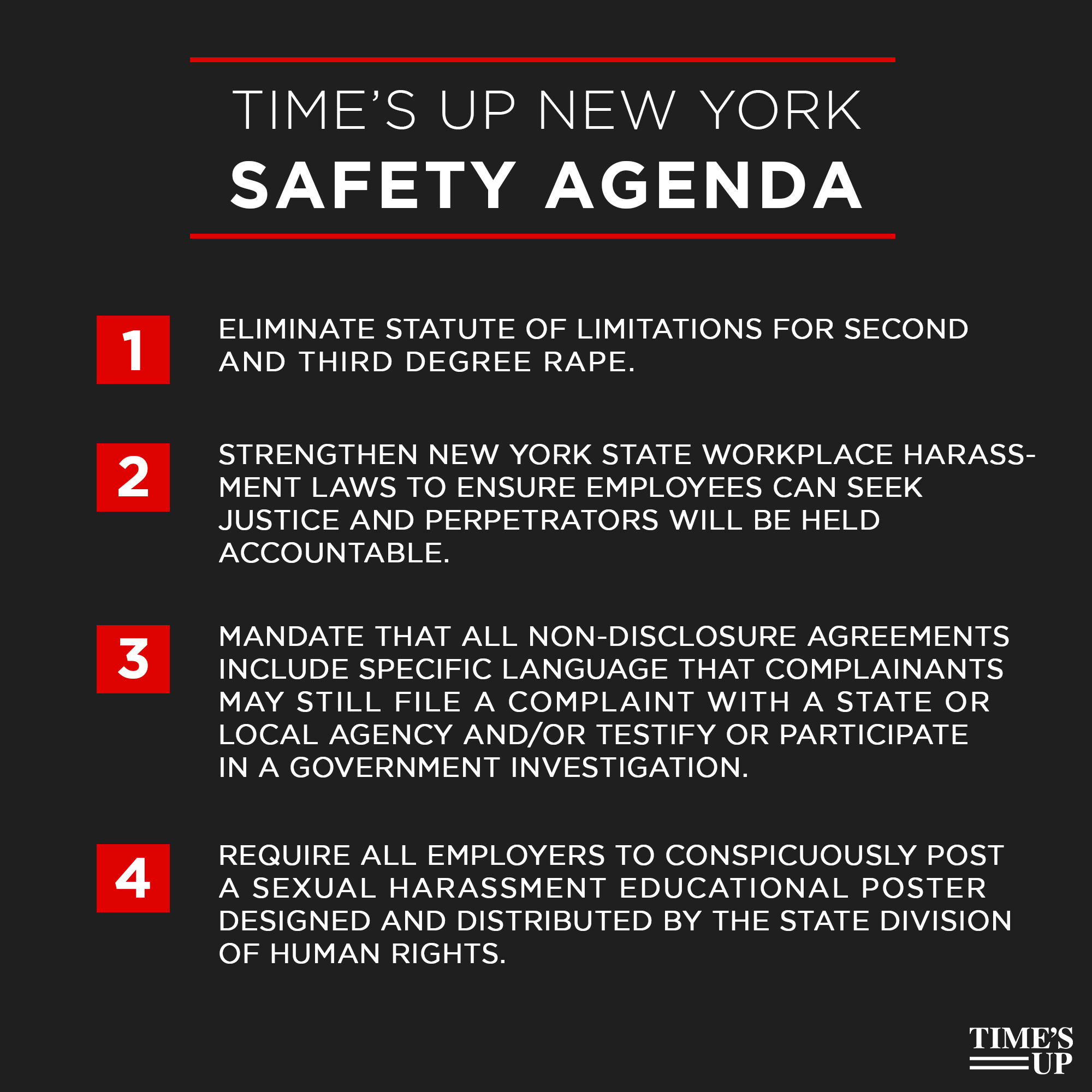 This is a HUGE deal. “By eliminating the statute of limitations for second and third-degree rape claims, the state of New York can send a message to survivors everywhere that their stories and experiences will always matter and that there should not be an expiration date on justice,” as super lawyer and TIME’S UP Legal Defense Fund co-founder Robbie Kaplan explained.

So let’s look at what all of this means.

What are Statutes of Limitations?

Imagine that a timer starts running immediately after someone commits a crime and when the timer goes off, the perpetrator can no longer be charged for said crime. The window of time that the state has to charge a perpetrator—how long that timer runs for—varies based on the nature of the crime and where it was committed. Statutes of limitations, as RAINN explains well here, are the laws that govern that time frame. Some crimes, like murder, are considered so egregious that they have no statute of limitations.

Where New York and Other States Previously Stood

According to Jennifer Mondino, Senior Counsel for the TIME’S UP Legal Defense Fund and the Legal Network for Gender Equity, removing statutes of limitation for rape “just makes it so much easier for a wide range of survivors to ultimately access justice.”

The map below shows what rape statutes of limitation law currently looks like across the country: 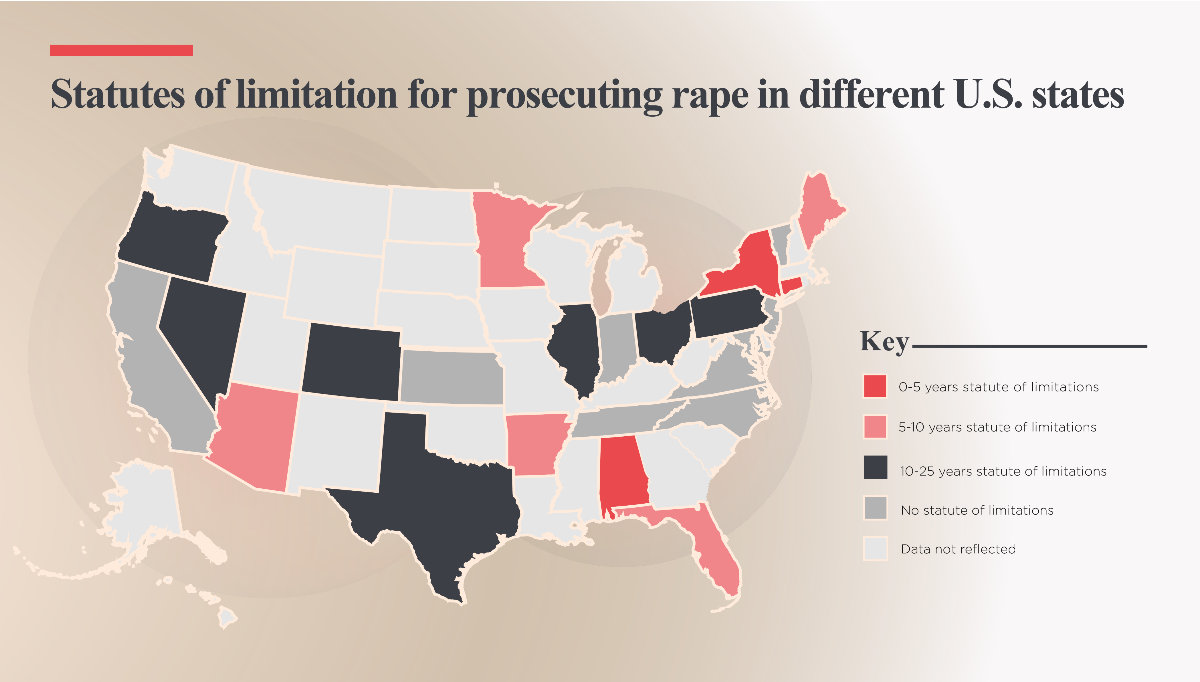 Where We Are Now

Governor Cuomo has pledged to eliminate the statutes of limitation for second and third-degree rape charges in New York. The State Legislature still needs to vote to amend the criminal code in order to make it official, but the Governor’s pledge is a huge first step. One thing to note: Like California, New York’s forthcoming law will not be retroactive, meaning the statute of limitations will still apply to any crimes committed before the new law goes into effect.

“I’m grateful to TIME’S UP for the research that went into a four-part safety agenda for New York State, and to Governor Cuomo for listening to its recommendations. This is a great example of citizens and leaders working together.”
-Gloria Steinem
Learn more about TIME’S UP.
JOIN OUR NEWSLETTER
SIGN UP