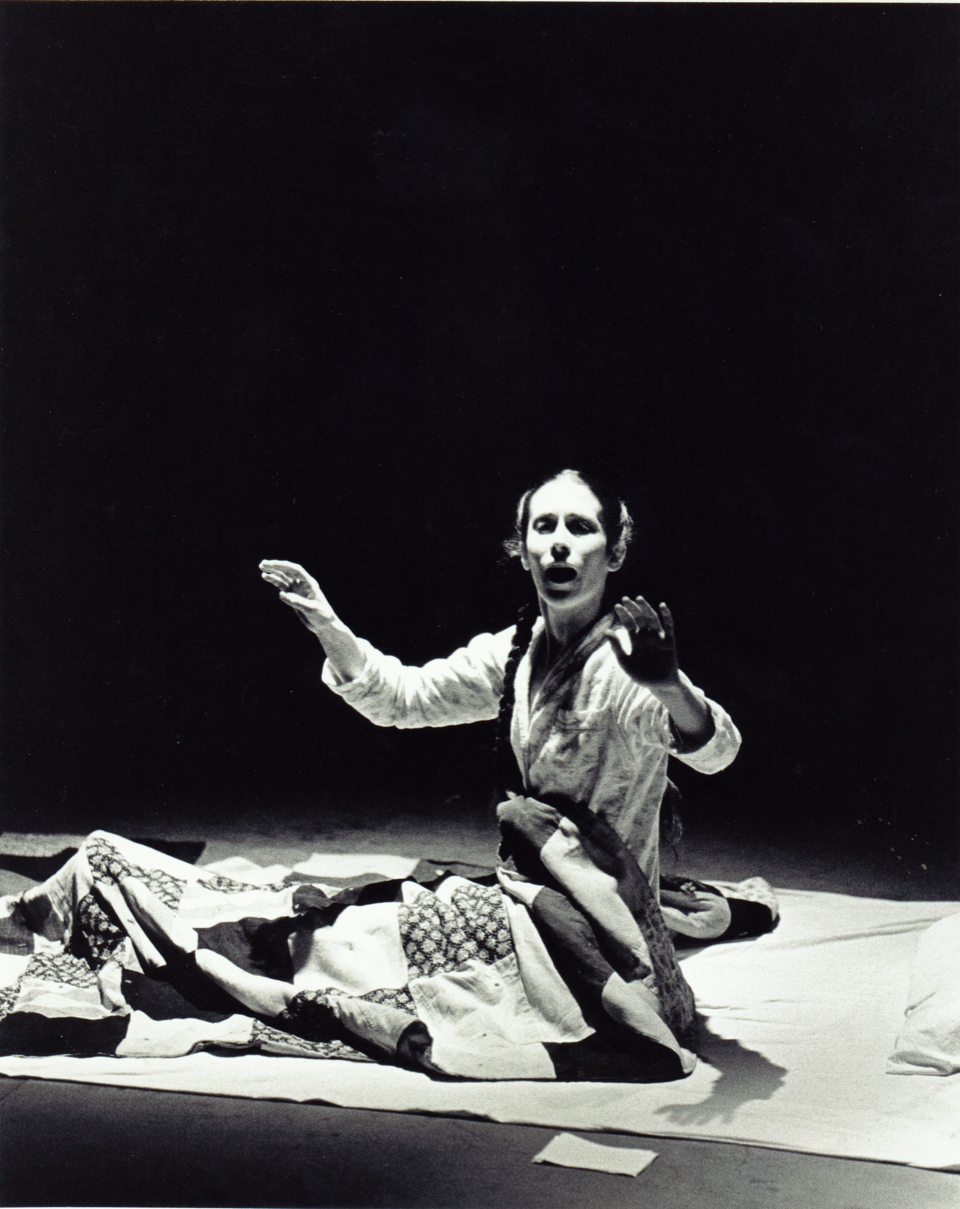 Meredith Monk created QUARRY: AN OPERA IN 3 MOVEMENTS as a live stage work between 1975-76 – with her company, The House – as a mosaic of music, images, movement, dialogue, film, sound, and light. A meditation on WWII and recurring cycles of intolerance, fascism, and cruelty in history, QUARRY centers on a sick American child (played by Monk herself) whose world darkens as her illness progresses. This film version, shot in the Lepercq Space at the Brooklyn Academy of Music in 1977, was directed by Amram Nowak and supervised by Monk, and includes her 1975 short silent film of the same name. Considered a masterwork of the 20th century, the piece is as prescient today as it was 40 years ago. It is at once a myth, a documentary, and a memorial.

MEREDITH MONK is a composer, singer, director/choreographer and creator of new opera, music-theater works, films and installations. One of the most unique and influential artists of our time, she creates works that thrive at the intersection of music and movement, image and object, light and sound, discovering and weaving together new modes of perception. Her groundbreaking exploration of the voice as an instrument, as an eloquent language in and of itself, expands the boundaries of musical composition, creating landscapes of sound that unearth feelings, energies, and memories for which there are no words.

In 1968 Monk founded The House, a company dedicated to an interdisciplinary approach to performance. As a filmmaker, Monk has created several award-winning films including Ellis Island (1981) and her feature, Book of Days (1988), and Quarry (1977) a film version of her 1975-1976 performance piece of the same name, all of which have screened at numerous film festivals worldwide and on PBS. Her films, installations and drawings have been shown in museums and galleries including Exit Art, Frederieke Taylor Gallery, in two Whitney Biennials, and at the Walker Art Center and are included in the collection at MoMA. Monk’s music and performance work has been presented at major venues throughout the world.

Monk has been a recipient of the MacArthur “Genius” Award, two Guggenheim Fellowships, three “Obies”, and two “Bessie” awards. She was appointed the 2014-15 Richard and Barbara Debs Composer’s Chair at Carnegie Hall, in 2017 received the Dorothy and Lillian Gish Prize, a 2015 National Medal of Arts from President Barack Obama, and many other awards. She holds a slew of honorary Doctor of Arts degrees, most notably from Bard College, Boston Conservatory, The Juilliard School, Mount Holyoke College, the San Francisco Art Institute and the University of the Arts. She is the subject of two recent books of interviews, Conversations with Meredith Monk, by arts critic and Performing Arts Journal editor Bonnie Marranca, and Une voix mystique, by French author Jean-Louis Tallon.