On our special September 18, 2020 NYWIFT Talks, we joined 2007 NYWIFT Muse Honoree Julie Taymor to discuss her latest film, The Glorias.

Journalist, fighter, and feminist Gloria Steinem is an indelible icon known for her world-shaping activism, guidance of the revolutionary women’s movement, and writing that has impacted generations. In this nontraditional biopic, Julie Taymor crafts a complex tapestry of one of the most inspirational and legendary figures of modern history, based on Steinem’s own memoir My Life on the Road. The Glorias (Julianne Moore, Alicia Vikander, Lulu Wilson, Ryan Keira Armstrong) traces Steinem’s influential journey to prominence—from her time in India as a young woman, to the founding of Ms. magazine in New York, to her role in the rise of the women’s rights movement in the 1960s, to the historic 1977 National Women’s Conference and beyond.

Taymor gives us her singular take on that rare genre: the Female Road Picture, one in which the female leads do not die in the end, and where the “narrative” is not driven by romance or a bad marriage, or unrequited love or, for that matter, men. Gloria’s road story is about her “Meetings With Remarkable Women.” And that is a love story in itself.

Taymor was joined  by actor Kimberly Guerrero, who plays Wilma Mankiller in the film.

The conversation was moderated by NYWIFT Executive Director Cynthia López. 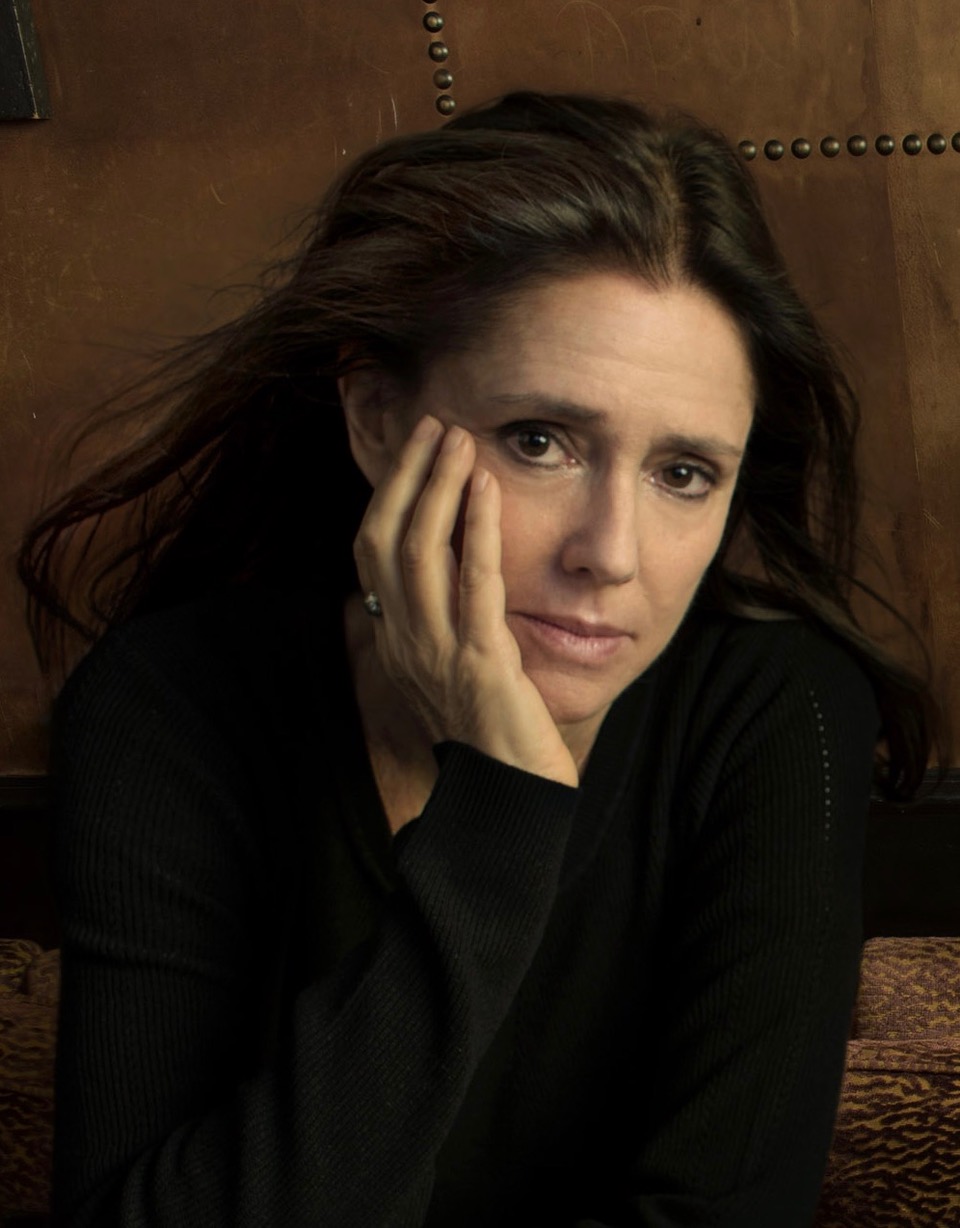 Her Broadway adaptation of The Lion King debuted in 1997. An instant sensation, it received 11 Tony Award nominations, with Julie receiving awards for Best Director and Costume Designer. The show has played over 100 cities in 19 countries, and its worldwide gross exceeds that of any entertainment title in box office history. Other theater credits include the play Grounded, starring Anne Hathaway, at the Public Theater as well as Broadway’s M Butterfly starring Clive Owen, Spider-Man: Turn Off the Dark, The Green Bird, and Juan Darien: A Carnival Mass, which earned five Tony Award nominations including one for her direction. Operas include Oedipus Rex, with Jessye Norman, The Flying Dutchman, Salome, Die Zauberflote (in repertory at the Met), The Magic Flute (the abridged English version, which inaugurated a PBS series entitled “Great Performances at the Met”); and Elliot Goldenthal’s Grendel. Taymor is a recipient of the 1991 MacArthur “Genius” Fellowship, as well as a 2015 inductee into the Theater Hall of Fame for Lifetime Achievement in the American Theater, the recipient of the 2015 Shakespeare Theatre Company’s William Shakespeare Award for Classical Theatre, and a 2017 Disney Legends Award honoree. 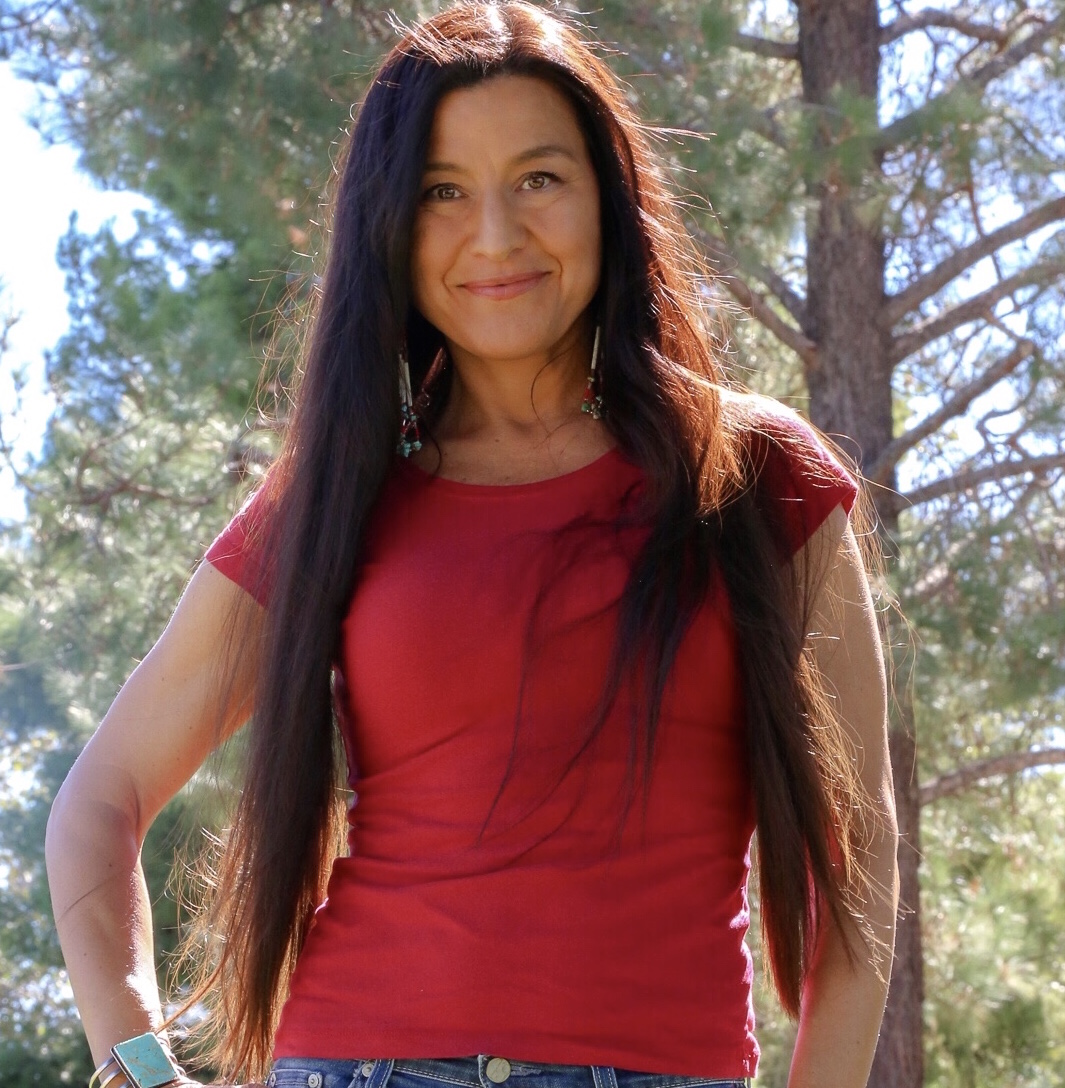 Kimberly Guerrero, Tribal Affiliation: Colville (enrolled), Salish-Kootenai, Cherokee A native Oklahoman and graduate of UCLA, Kimberly considers herself a contemporary Storyteller who has enjoyed a career in film, television, and theatre. A few of her notable Film/TV credits include appearances in Longmire, Blood & Oil, Grey’s Anatomy, Hidalgo, and a memorable turn as Jerry’s Native American girlfriend “Winona” on Seinfeld. After starring as the iconic Cherokee Chief Wilma Mankiller in the The Cherokee Word for Water, Kimberly was once again given the honor to play Chief Mankiller opposite Julianne Moore in the Julie Taymor-helmed Gloria Steinem biopic, The Glorias. Kimberly’s upcoming projects include roles in a new female-driven YA series on Amazon, The Wilds, a compelling feature film Catch The Fair One which addresses the ongoing crisis of Missing and Murdered Indigenous Women in North America, and The Dark Divide, a poignant independent film starring David Cross and Debra Messing. On stage, Kimberly originated the role of Johnna in Tracy Letts’ Tony Award-winning play August: Osage County (Chicago, Broadway, London, Sydney) and also starred in Manahatta (The Public Theater) and The Frybread Queen (Native Voices, LA). In a proactive move to provide more opportunity for Indigenous actors in mainstream media, Kimberly recently earned an MFA in Screenwriting from the University of California, Riverside, where her screenplays garnered finalist spots in major competitions, eventually leading to one of her projects being sold to Amazon Studios. Additionally, Kimberly was just named the new Artistic Director at UC Riverside, where she now serves on faculty in the Theater, Film, and Digital Filmmaking Department teaching and empowering a future generation of storytellers.

Cynthia López (moderator) is the Executive Director of New York Women in Film & Television, an award-winning media strategist, and former Commissioner of the New York City Mayor’s Office of Media and Entertainment, where she implemented strategies to support film and TV production throughout the five boroughs. López is the recipient of many coveted industry awards including: 11 News and Documentary Emmy Awards, a Special Emmy Award for Excellence in Documentary Filmmaking, three Peabody Awards, and two duPont-Columbia Awards. In addition, she received the National Association of Latino Independent Producers (NALIP) Award for Commitment to Corporate Diversity. Prior to working as Commissioner, López was Executive Vice President and co-Executive Producer of the award-winning PBS documentary series American Documentary | POV, and was involved in the organization’s strategic growth and creative development for 14 years. Her ability to forge strategic partnerships among corporate and public interest media has been a signature of her work. Notable partnerships include: New York Times, Reuters, Al-Jazeera Network, Discovery Communications, The Moth, Story Corps, Harpo Studios and ABC News, NIGHTLINE with Ted Koppel. López is a founding member of the Board of Directors of the National Association of Latino Independent Producers (NALIP), and is proud to have spent her career collaborating with independent filmmakers across all portions of the film and television industry. She served on the Board of Trustees for the Paley Center, NYC & Company, Museum of the Moving Image and the Tribeca Film Institute Latin America Fund Advisory Board. She currently serves on the Board of Directors for Latino Public Broadcasting, Manhattan Neighborhood Network and Hunter College IMA Program.

Watch The Glorias on Amazon