On our August 20, 2020 NYWIFT Talks, we discussed diversity in film selections at festivals and what strategies programmers are using to amplify Black and POC voices, as well as goals for women filmmakers in competition at their festivals. We delved into the challenges and opportunities due to COVID, the financial crisis, and the Black Lives Matter Movement, including new initiatives and what are next steps for these vital festivals. 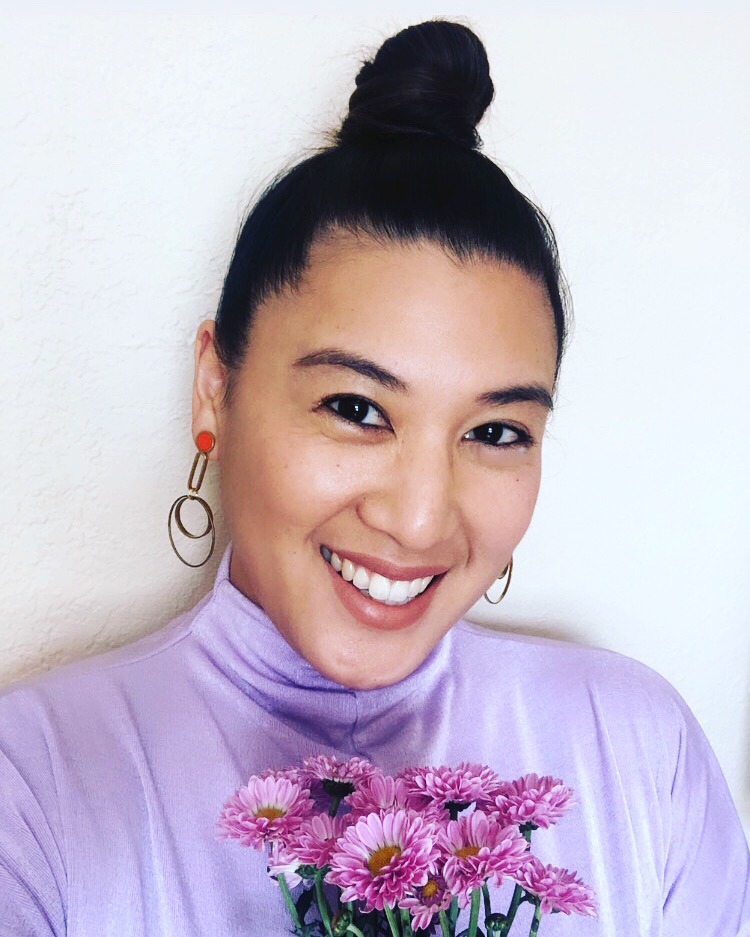 Ashley Mui is a multi-medium artist and the founder of Gratuity Included, a company with a mission to create a more grateful world. She blends media, tech, art, and culture to champion impactful community-industry initiatives. As a producer, Ashley has credits working alongside cultural critic and director Nelson D. George, on documentary films such as Brooklyn Boheme (Netflix); Finding The Funk (VH1); and A Ballerina’s Tale (IFC). With over 10 years of experience in film production, Ashley leads Content Development for The Gates Preserve, a multimedia experience company committed to archiving and preserving culture such that it lasts forever. She currently serves as a Programmer and Producer for the leading multicultural film festival in the U.S. – Urbanworld. Follow her musings at @ashley_mui and check out her work at ashleymui.com. 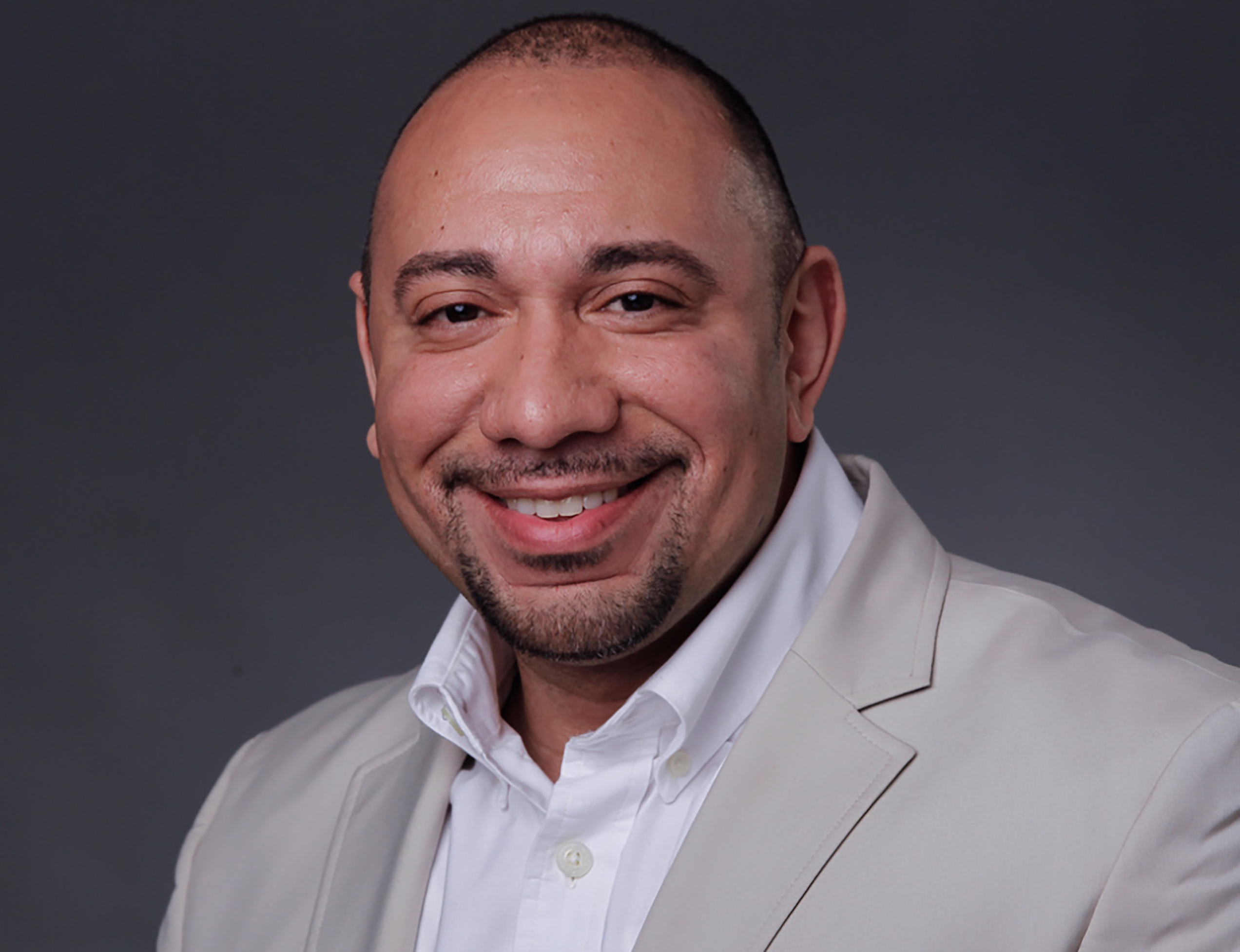 Calixto Chinchilla is one of the most influential voices in the Latino film and entertainment industry. A thought leader and champion of diversity, he has a long trajectory of leading successful multicultural marketing campaigns, and executing strategies to construct culturally diverse programming, solid content partnerships, strong community programs and persuasive acquisition teams. In 1999, he founded, in partnership with HBO, the New York Latino Film Festival (NYLFF), the nation’s largest and most important annual gathering of Latino creatives attracting more than 150,000 participants since its inception. The Festival has served as an essential pipeline for Latino and Multicultural artists, in front of and behind the camera, and has premiered the work and supported the careers of John Leguizamo, 50 Cent, Marc Anthony, Gina Rodriguez, Vin Diesel, Kerry Washington and more. In 2017, Calixto founded FUTURO, in partnership with Google, an initiative that connects digital thought leaders, social influencers, and brands through a series of programs. Previous participants include Kat Lazo, Kai Greene, TravQue, AJ “El Kallejero” Ramos, and Rachel Strauss-Muniz. Calixto has been recognized as the ‘One to Watch’ by Entrepreneur Magazine and has spoken  at Columbia University and The City College of New York’s Graduate Center, just to name a few. Born and raised in Hell’s Kitchen, New York City, Calixto earned a certificate in Marketing from the City University of New York-Hunter College. 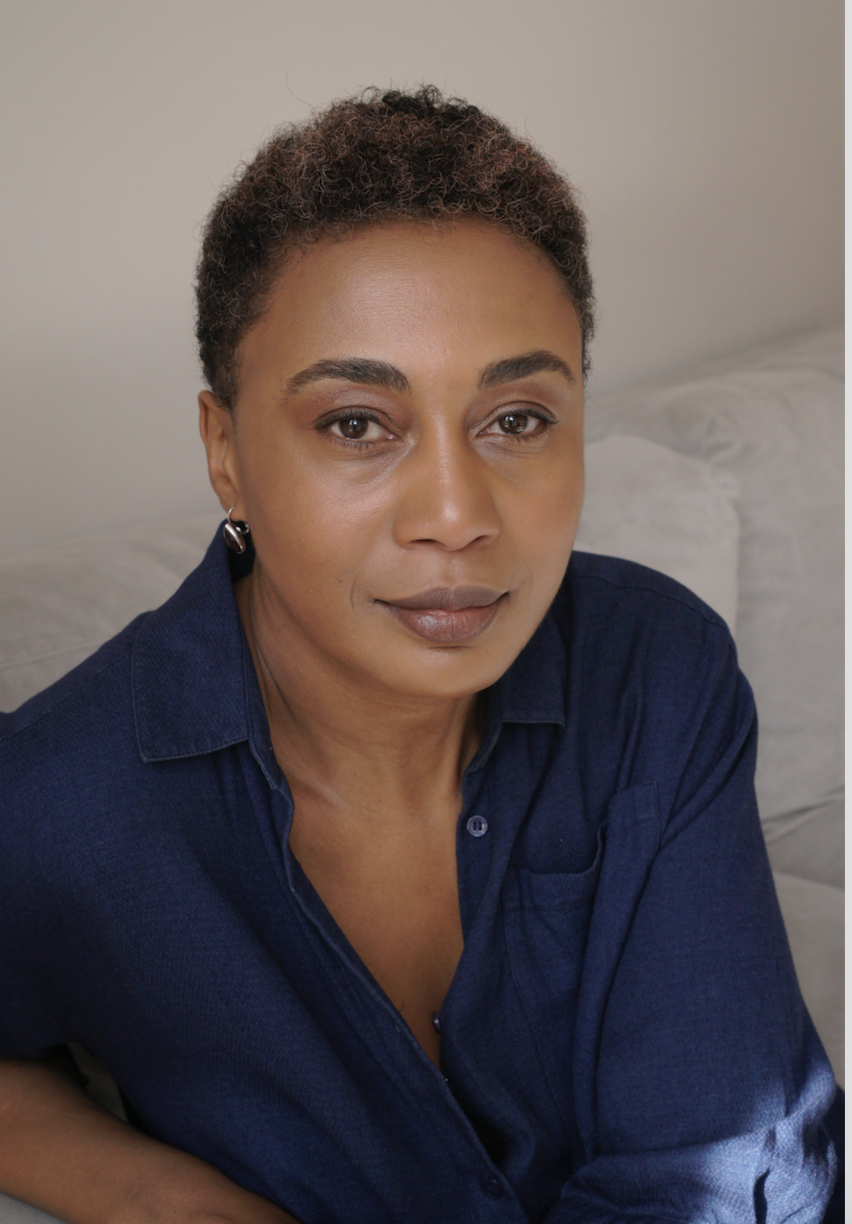 Lydia Darly is an award winning filmmaker and actress, born and raised in Paris, originally from Guadeloupe. Her acting career started in Italy. Lydia’s love for American Cinema and desire to develop and perfect her craft took her to New York City where she studied acting at the Lee Strasberg theatre and film institute. After the successful Festival run of her film The Way You Love, Lydia is now working on her next screenplays. Lydia is a frequent guest speaker and programmer at film festivals in support of emerging indie filmmakers and a big advocate for women in film. She received the Queens World Film Festival Community Award for her work with the festival in 2014. She is currently the VP and Producer of The Womanity Project a Multi-media & training platform which seeks to end gender discrimination by using storytelling and improv, and Co-Founder of TheNOVA Frontier Film Festival & Lab, a timely narrative, documentary and experimental film festival and multi-disciplinary Lab, passionately committed to showcasing the work of Filmmakers and Artists from and about The African Diaspora, The Middle East and Latin America. 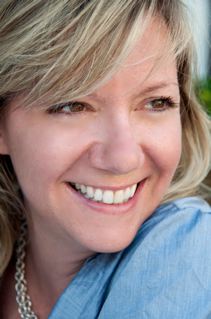 Anne Chaisson, the Executive Director of The Hamptons International Film Festival (HIFF) since December 2012, has had a long history with HIFF as an Advisory Board founder and co-chair from 2003 – 2012. Chaisson has specialized in fundraising and development for entertainment non-profits as well as garnered awards as an independent film producer with her company Dirty Rice. Chaisson produced Jesse Eisenberg’s first feature film, Roger Dodger, that earned a Best First Feature award at the Venice and Tribeca Film Festivals and honors from NYFCC, National Board of Review, The Gotham and Independent Spirit Awards. Chaisson also produced Newmarket Films’ P.S. starring Laura Linney and Gabriel Byrne (Toronto and Telluride), and Magnolia Pictures’ Diggers starring Paul Rudd (Toronto and SXSW). She also produced the annual IFP Gotham Independent Film Awards in 2010 and 2011 and worked closely with Film Society of Lincoln Center, Nantucket Film Festival and NYWIFT. Chaisson has a strong affinity for film education and co-founded an independent film school called The Reel School (1996-2000), and taught producing classes at New York University and the New York Film Academy. She has also expanded the footprint of HIFF’s educational initiatives across the entire Southfork of Long Island. Chaisson is a member of NYWIFT, IFP (Independent Filmmaker Project), a founding member of the Film Festival Alliance and Treasurer from (2014-2018), and has served on film festival juries and panels all over the world. 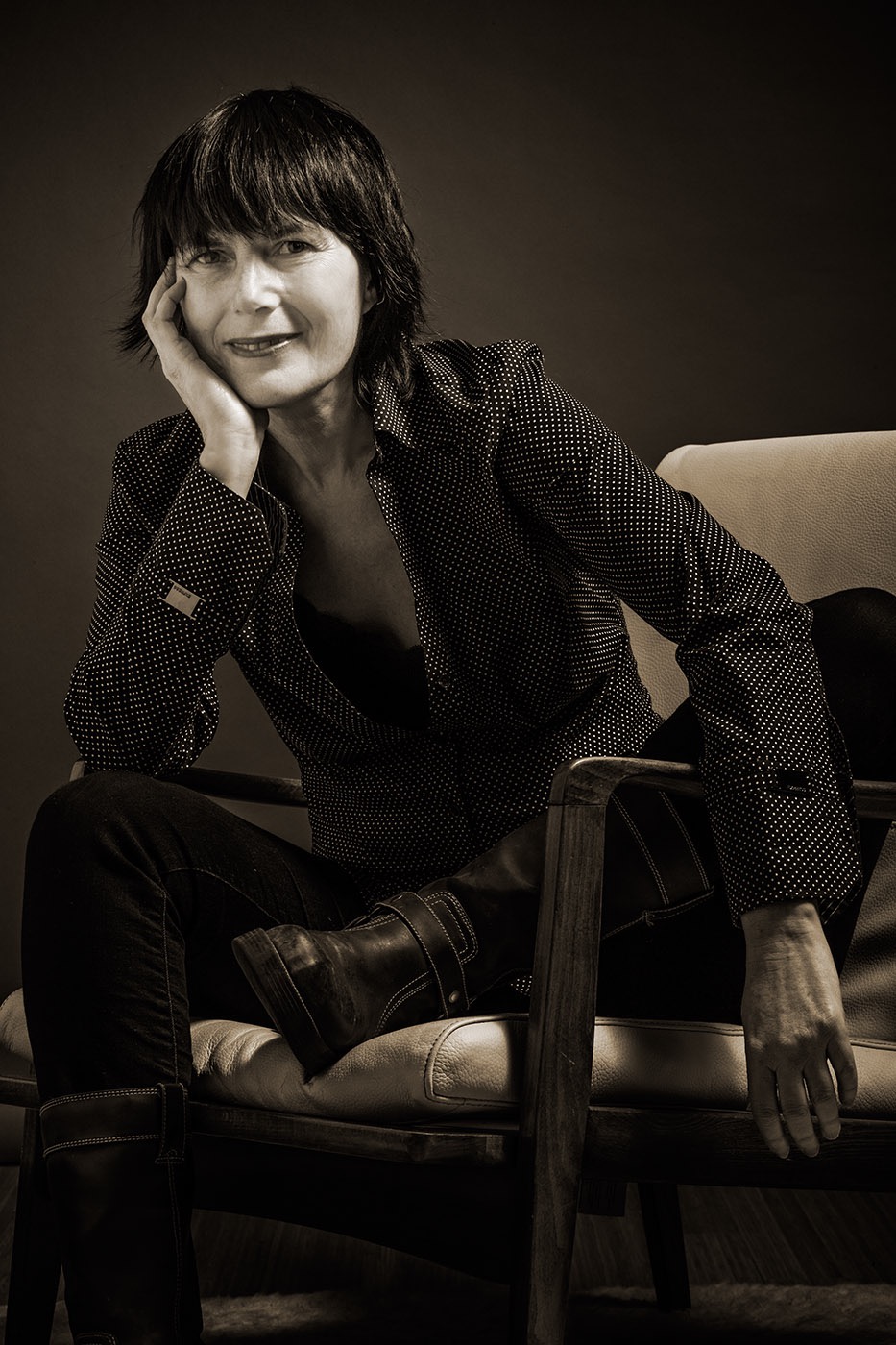 With over 20 years of experience developing film organizations, entertainment, arts and media events in the US and abroad, Meira Blaustein is the Co-founder/Executive Director/Head Programmer of the Woodstock Film Festival (WFF), one of the most respected regional film festivals in the U.S. 2020 is WFF’s 21st year. Internationally, Meira served as Head Consultant for the first annual Bhutan International Film Festival and consulted and mentored the emerging film community at the Faroe Islands. Prior to the Woodstock Film Festival Meira worked as a programmer for two regional NY state film festivals, and also ran a screenplay reading series at the Knitting Factory in NYC and other locals. A filmmaker by training, Meira directed, produced and consulted on countless feature films, screenplays and documentaries in various stages, from development and production to post production, marketing and distribution. On the educational side, Meira created and administered the Woodstock Film Festival Summer Youth Film Lab, a free three-week filmmaking intensive for teens. This summer the Lab wrapped its third year, this time, online. Meira has written for daily and monthly publications, and has served as a juror, speaker, mentor and panelist at film festivals and events throughout the U.S. and abroad. 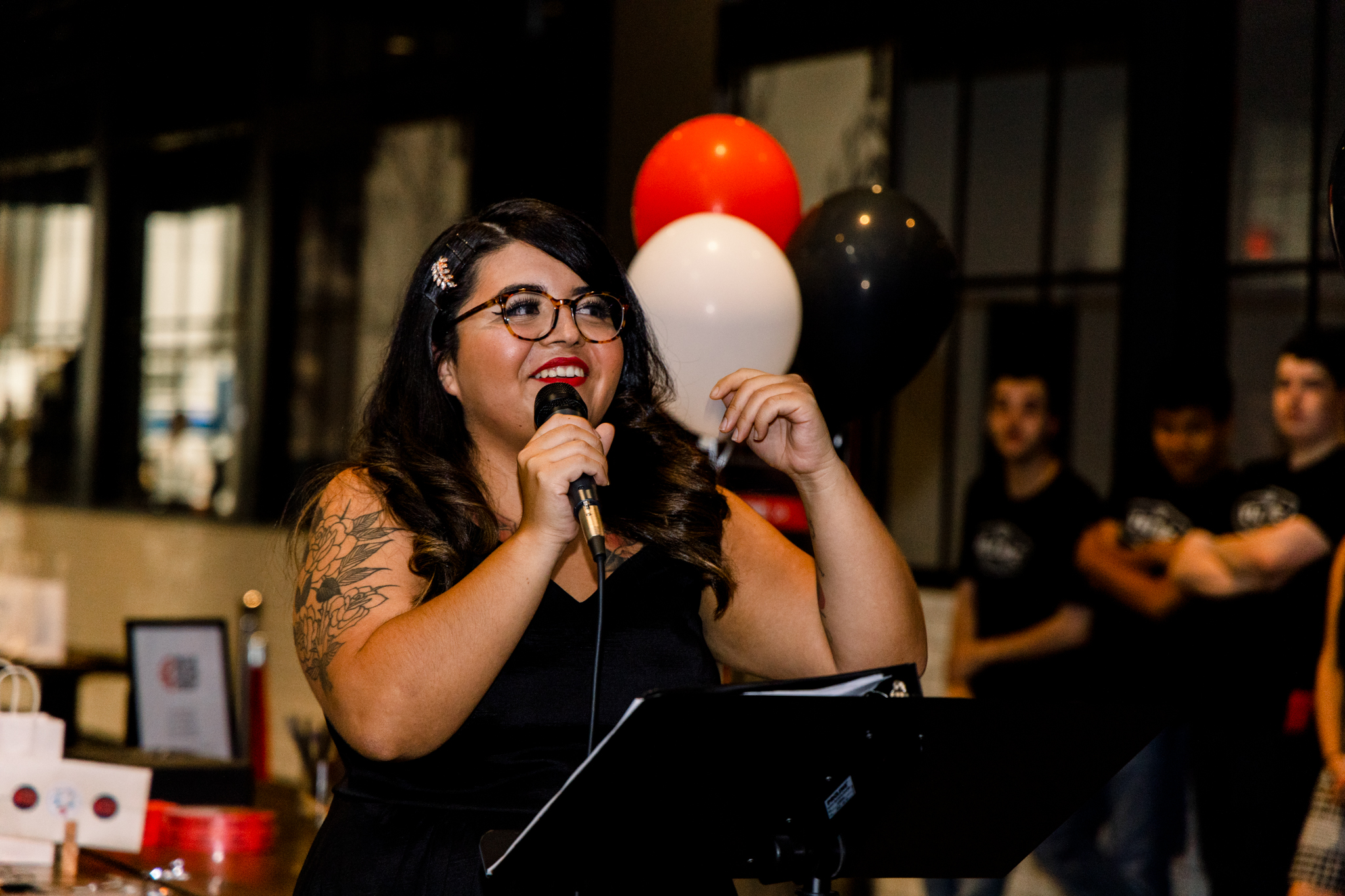 Barbara Vásconez (Moderator) is the Program Manager of New York Women in Film & Television. Before joining NYWIFT, she held the position of General Manager at the Quad Cinema for three years. She has worked for a variety of film festivals, including the Tribeca Film Festival, Rooftop Films, Hamptons Film Festival, Montclair Film Festival, Mill Valley Film Festival, DOC NYC, and the Nantucket Film Festival. Her spare time is spent programming panels and creating unique community engagement opportunities for the New York Latino Film Festival and public screenings for Montclair Film Festival. Most recently, she launched and founded the Ville Film Festival in Somerville, New Jersey. Her educational goals include working to develop film programs in New Jersey that improve film education for low income students. She is committed to the importance of film festivals as a means of community engagement. Barbara has a degree in Film and Video Production from the School of Visual arts in NYC.