According to a new study put forth by USC Annenberg Inclusion Initiative, representation for women and people of color in top grossing films is higher than ever. The study examines leading and co-leading roles in the top 100 grossing movies of 2018 (as well as those from the preceding 11 years for comparison), in order to provide a glimpse of the breakdowns of leading characters in terms of gender and race/ethnicity.

The study found that a total of 40 films featured a female lead or co-lead out of the top 100 in 2018, which represents an increase in 8 percent from 2017 and 20 percent from 2007. Though this is the highest number of female-led films in the 12 years studied, the percentage is still notably lower than that of the female population of the United States (51%) and that of women who buy tickets to see movies in theaters (50%). 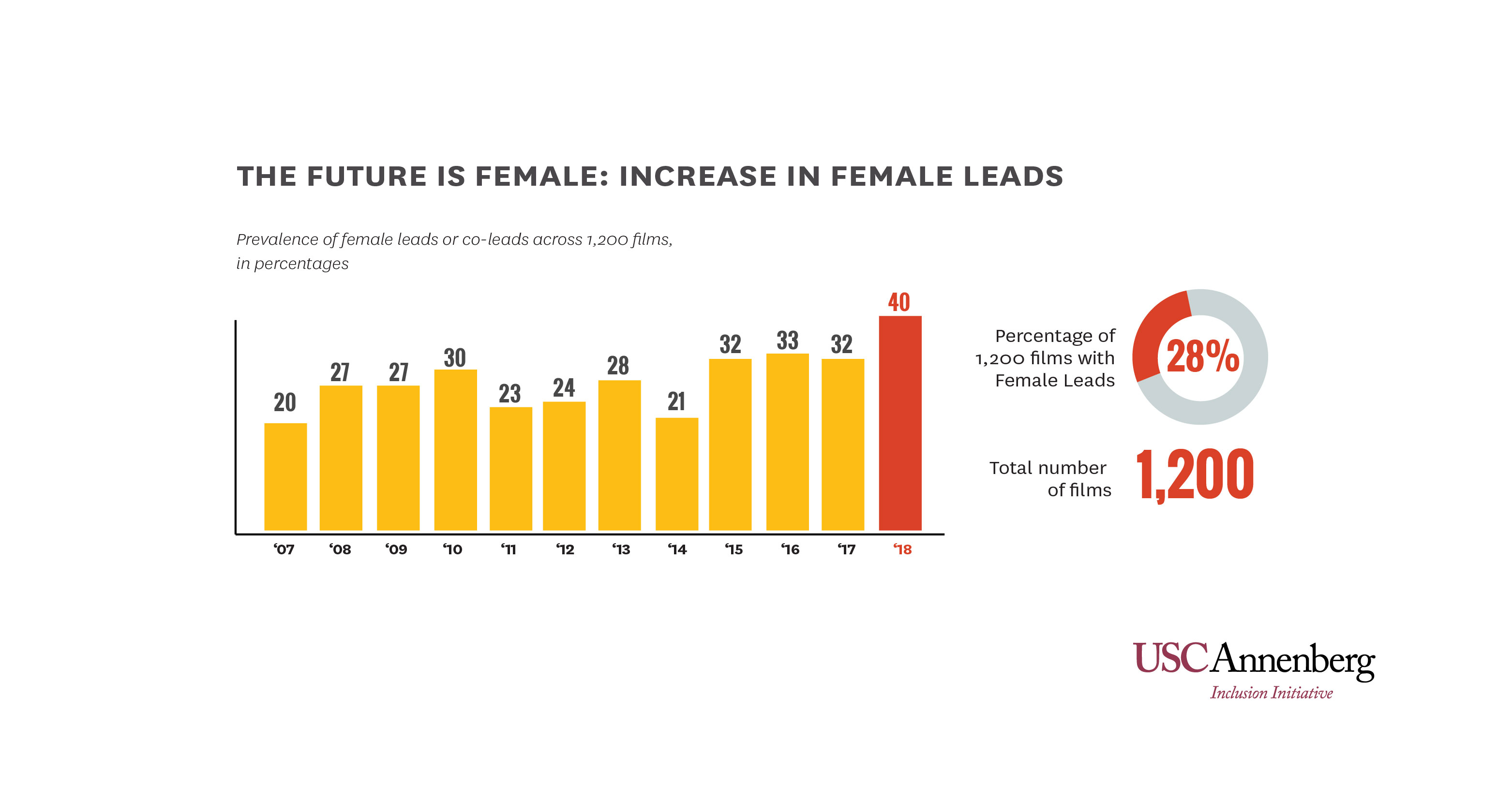 Films featuring people of color in leading roles also saw gains this year, with a total of 28 films with an underrepresented lead or co-lead (up 7% from 2017 and 15% from 2007). Movies featuring women of color as leads or co-leads nearly tripled from the 4 of 2017 to the 11 in 2018. The films of 2018 featured Black/African American, Mixed Race, Hispanic/Latina, and Asian/Asian American women, however, no Native women or women from the Middle East had leading roles. The data is promising, but it also makes clear that actresses from underrepresented groups are not given the same opportunities as their white counterparts. Furthermore, the numbers are still far from proportional to the breakdown of the United States, where underrepresented groups comprise 39.9% of the population.

The progress found in this study is certainly worth celebrating. As Dr. Stacy L. Smith, founder and director of the USC Annenberg Inclusion Initiative, said, “It is encouraging that 2018 brought a 12-year high in the number of films with a female lead or co-lead driving the action,” Dr. Smith continued. “Perhaps most notably, we witnessed gains for women of color as leads or co-leads. While there is still a significant amount of change to be accomplished, this represents a step in the right direction toward intersectional inclusion in storytelling.”

In order for the progress to continue, distribution companies need to be on board. In 2018, all but three companies were at or near proportional representation to the U.S. population in regards to movies with lead or co-lead characters. In terms of women of color, companies greenlit 1-2 movies with underrepresented women in the leading roles, which accounts for the increase this year, but there is still much room for improvement.

“2018 offers hope that industry members have taken action to create content that better reflects the world in which we live, and the box office seems to have rewarded them for it,” Smith said. “This data shows us that it is possible for change to be achieved– companies must not grow complacent but continue the progress they have made in 2019 and in the years to come.” 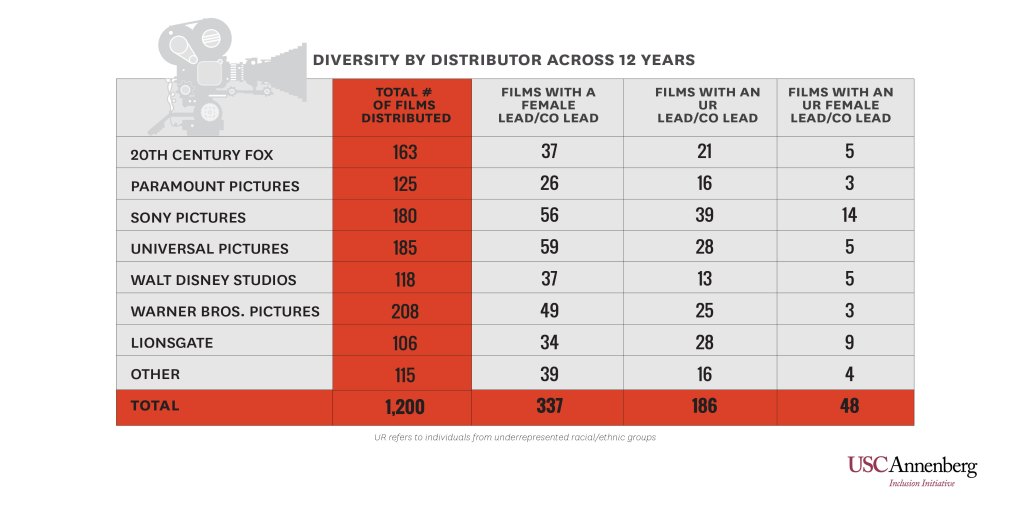 You can read the full report from USC Annenberg Inclusion Initiative here.