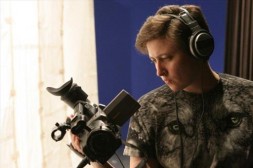 Writer's Group works
Knockout
Screenplay (Action, Drama)
Log Line:
What if a celebrity witnessed an every day crime? How do you protect someone people recognize everywhere and media covers every step? Witness protection wouldn’t work. How about family and friends? Now what if she could take care of herself?
Synopsis:
Melany Russo a UFC superstar just suffered a devastating loss in a fight for a championship belt. Recovering from physical and mental wounds she hides away from the media. Her only company is a five month old Rottweiler pup named Joy. Mel takes Joy on night walk and they run into a drag deal gone wrong. Mel barely escapes with her life but goons recognize her and now she and her family are in danger. Goons attack and kill Mel's parents. Media goes crazy over the tragedy, they follow Mel everywhere. But this time instead of hiding she begins to manipulate this very same media to draw bastards that killed her parents out and at the same time uses all the attention and cameras pointed at her as personal security detail. The game of cat and mouse has begun with roles not being very clear as of who the cat is and who the mouse is. Impending showdown will show who is who.
View Excerpt