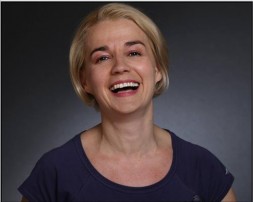 Full Bio
Daniela started acting at the age of 3, and was a former child TV star in Yugoslavia. She got her acting training in the theatre. She graduated from Drama Youth School and later, Acting Conservatory for young adults, both in the class of a famous acting teacher Tomislav Krstic. Daniela was also opera trained for 8 years in the class of Maida Softic, with whom she toured former Yugoslavia as a member of a well known choir and acapella group. Daniela toured former Yugoslavian countries with theatre company for young adults called Omladinski. She gave over 1000 performances in the theatre. At the age of three she was bitten by acting bug watching movies by Charlie Chaplin, Buster Keaton, Marx Brothers, Laurel and Hardy, Western and silent movies, and Looney Tunes. She started imitating these characters. She would write sketches and poems and perform them at the school competitions, where she was discovered by acting teacher Tomislav Krstic. She enjoys work in the film industry, theatre and TV equally. She's been

When Life Gives You the Lemons Sophia/ featuring

Industry Awards
Emmy winner for collaborating on the season 1 of TV show HitRECord on TV shown on Pivot Television.

Other Languages Spoken
English and German.