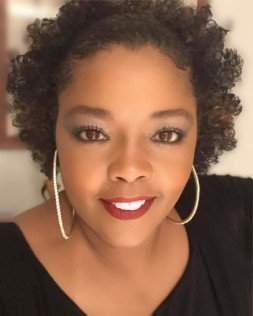 (She/Her)
Director/Producer/Writer
Nicole Sylvester Films
No
Full Bio
Nicole Sylvester is an award-winning Brooklyn-based filmmaker. Maya & Her Lover is her debut feature film as writer/director. The film is about a woman who, stifled by complicated memories of her overbearing father and on the verge of becoming a recluse, begins a sexual relationship with a much younger man whose dark side impedes his own journey as he navigates his way as a Black man in America.

Nicole has been a director all her life – her family has always called her bossy – but her professional career began as a producer/director at a local cable company in Detroit. There she was abl

Other Countries Worked In
No

Crew Up Survey
Willing To Travel: Yes
Has Own Equipment: Yes