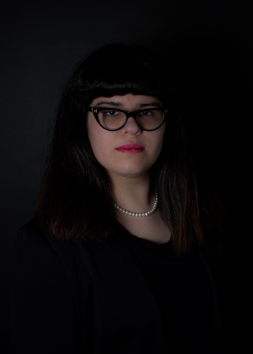 Director, Writer, EditorFull Bio
Diana Foronda is an award-winning filmmaker based on Long Island, NY. Throughout her years working in the film industry, she worked as a Set PA for a number of short films, web series, and TV networks including CBS, HGTV, and CNBC. Diana's films and scripts have been placed in various film festivals and screenwriting competitions such as Grove Film Festival, Midnight Films, Academy-Qualifying HollyShorts, Big Apple Film Festival & Screenplay Competition, MicroMania Film Festival, Script Summit Screenplay Contest, and much more.

She worked at a few photography/post production companies such as USDAN Summer Camp for the Arts and Left/Right Productions. Currently, she's working on various editing/transcribing projects for her freelancing gigs, NYC Women Filmmakers, and Stag Post Services Inc. While living in the pandemic, she created Challah For Caroline, and working on her upcoming iPhone short film called Normal Times. She is also honored to be judging films for the Revolution Me Film Festival and Oxford