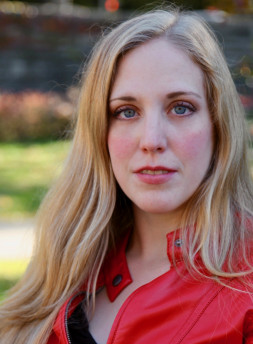 Her latest article, The Monster's Monster, is published in Waif magazine, Issue 13 www.iswaif.com/magazine .

Her full-length play, PASSAGE, exploring pain, pleasure, and euthanasia, has been invited to showcase in both NYC and LA and is currently in discussion for an Off-Broadway run in NYC.

The Pleasure of Being Served (2016). Jenny (Supporting). director -Michael Manese

From the writer of Hit 2014 Off-Broadway Play, Let s Kill Grandma This Christmas

Produced by Franky G Of Saw II and Mani

Industry Awards
Currently Nominated with the full cast and crew for Best US Comedy Feature at the 2019 Austin Revolution Film Festival, for Threeway.

Award of Artistic and Technical Merit as Writer and Producer of Whats Left (2016 Short) with the Best Shorts Competition, March 2016.

Published writer with the Best Of for the 2009 collection of the Strawberry One-Act Festival One-Acts for Steel or Pretzels.