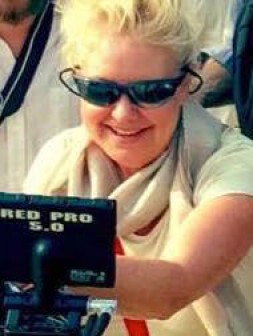 (She/Her)
Co-founder
Orama Filmworks LLC
Cheryl is an award winning producer and co-founder of Orama Filmworks, a film and production company based in the US and Bermuda.
Full Bio
Cheryl is co-founder of Orama Filmworks. Orama was created to bring the works of talented writers and directors together to raise awareness of important world and domestic health, cultural, historic and social issues. Cheryl’s skills as a producer and intimate knowledge of the production and distribution of films enables effective and entertaining mediums to educate and inform citizens around the world.

The power of film has led to her involvement in a number of award winning documentaries. Cheryl is Executive Producer of the Emmy nominated documentary Toxic Beauty which premiered at Hot Docs 2019 and selected as one of the 5 Big Idea Films, Raindance Film Festival London. Toxic Beauty premiered in the United States at the 2019 Meet The Press Film Festival hosted by Chuck Todd and is now distributed by Demand Film and 1091 Media. You can find it on iTunes, Amazon, STARZ and HULU/STARZ.

Cheryl was also the Outreach/Impact Producer for the award winning documentary Someone You Love: The HPV Epidemic nar