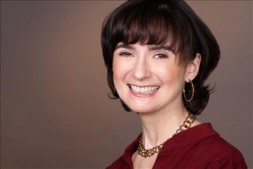 Her film script JAGUAR TRAIL was short listed by the Filmmakers/The Radmin Co. 2004 screenwriting competition, and subsequently optioned. Her script BEAUTY OF DISASTER was a semi-finalist in three competitions.

Her work as a journalist has been publsihed in many newspapers and magazines, including Variety, The Los Angeles Times and The Financial Times.

Janet has been a member of New York Women in Film & Television for many years and has produced several panels for them on the business of writing, television and digital media. Sh

Professional Credits
Feature film writer, novelist and journalist. Scripts have been short listed for several international screenplay awards. Journalism has appeared in many publications focused on the media and entertainment industry.