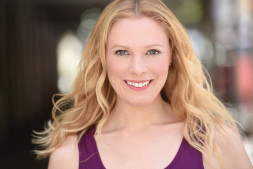 SAG-AFTRA actor based in New York City with a MSc in Physics and a BSc in Astronomy
Full Bio
Annemarie Hagenaars is a Dutch actress and performer. In March 2016 she moved to New York City to pursue her acting career in the United States. Immediately after her move she was invited to become a member of the WorkShop Theater Company based at 36th street in Midtown. She has worked in a variety of theatre productions, film, TV, commercials, industrial and also in modeling. In November 2017 after working several union jobs and getting the status of must-join, she became a member of SAG-AFTRA. In March 2018 she has been invited to become a member of NYWIFT, New York Women in Film & Television. She also has been invited to become a member of the League of Professional Theatre Women after performing at one of their events in October 2017.

BE A MOVIESTAR - Veronica / IDTV Film

REBECCA/ STRANGERS ON A TRA