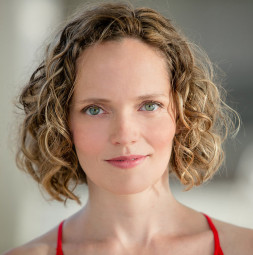 (She/Her)
Owner
Blue Skies Media, LLC
No
Full Bio
Leah is the writer/director of the short film "Interview Requested" and writer/producer of "Dirty Laundry." Other directing credits include "Nice to Meet You Again" and the comedy shorts "Officer Grumpy" and "Marco Polo Finds His Pants". Her short film "6:18 to Omaha" won the CinemaStreet Women’s Short Screenplay Competition and she was a semi-finalist for the 2019 Made In NY Writers Room Fellowship for her pilot “The Invisibles”. She has several projects currently in development.

With nearly two decades of professional experience as an actress, Leah has appeared on and off-Broadway, in film, television, and commercials. Her work includes appearances on “New Amsterdam,“ “God Friended Me,” “Blindspot,” “The Deuce,” “The Marvelous Mrs. Maisel,” “Law & Order: Special Victims Unit,” as well as numerous independent films including "When the Moon Was Twice as Big," "Top Floor," "All The Broken Pieces," and the viral web video “Postpartum: The Musical.” Onstage, she has performed with Manhattan Theater Club, Mint

Other Countries Worked In
No