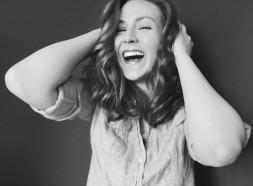 Founder/CEO/Producer
IndieVISIBLE Entertainment
Kiah Amara is a Producer, Consultant, and Founder of IndieVISIBLE Entertainment with a focus on Accessible Production and Disabled, LGBTQplus and TGNC stories.
Full Bio
Originally from the rural Midwest, Kiah Amara (they/she) is a New York City based filmmaker, producer, consultant, and activist. Their work focuses on identity, fluidity, commonality, misconception, and all things deviant from normal with a special focus on Production Accessibility Coordination and Accessible Set/Media Best Practices.

Over a decade of experience in Disability Art and Education with Arts Nonprofits like Penguin Project, Chicago Children s Theatre, New York City Children s Theatre, Co/Lab, Actionplay, and others they founded IndieVISIBLE in 2018, followed by Access Activism in 2020, as a way to provide safe and freeing spaces for Disabled artists and knowledge for non-disabled peers. Kiah designs Sensory Friendly Sets, inclusive production processes, and consults on everything from accessible integrated web design to Disability Justice on international and intersectional levels. Valuing a community approach, they have worked on dozens of projects from pre- through post-production including