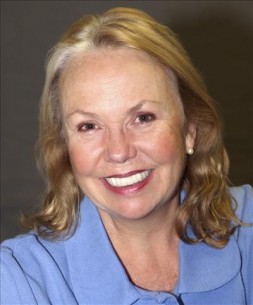 Actor/Announcer
Circle Communications Group
Full Bio
leslie Shreve is the first, and thus far only Past President to be named as Special Advisor to the NY Coalition of Professional Women in the Arts and Media, Inc. She has been an actor and advocate since playing Susie Snowflake for an American Red Cross fundraiser in her hometown-Erie Pa. She keeps looking forward

Her activism includes a long run as the NY National co-chair of both AFTRAs and SAGs National Womens Committees, as well as long standing Board service. Other boards include IATSE 798, EAG, Girls Inc, The National Academy of Televsion Arts and Sciences (Governor as well as Trustee), and the St Lukes/Roosevelt Hospitals Crime Victims Treatment Center steering committee.

A Cable TV Pioneer with her award winning childrens show Leslie the Shreve, her oddball career has included announcing for numerous live Award Galas, acting in various recreations for The Friends of Old Time Radio, book launch readings, childrens records (Tenderhearted Bear being one of her favorites), Medical Audio Updates,

Emmy Award: Outstanding Achievement in Make-up: All My Children