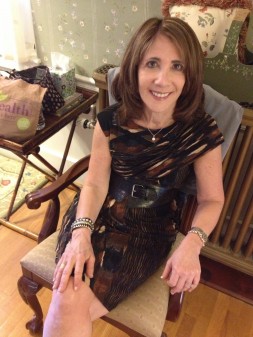 Marci Shulman Gruber has been a producer for over twenty-five years, with a resume that spans the gamut of projects and experience. From corporate videos to non-profit films‚¨_x001D_ from the very emotional to the very technical, Marci has done it all.

Marci‚¨"s ability to organize, her attention to detail, her trouble-shooting skills, and her ability to be able to see the ‚¨Sbig picture‚¨? and find creative solutions in the midst of chaos, makes her a sought after producer ‚¨_x001D_ from Fortune 500 companies to non-profits organizations to production companies, agencies and film festivals, including Montclair Film, DOC NYC, AstraZeneca, Bayer Women‚¨"s Healthcare, Genentech, American Express, BlueprintNYC, Impact-XM, PineRock, Spence-Chapin Family Services, National Council of Jewish Women, UMDNJ and others.

As a freelance producer, Marci has been involved in the development and production of countless films, videos and interactive programs, as well as planning numerous international and dome

Crew Up Survey
Willing To Travel: Yes
Has Own Equipment: No
Has Insurance: Yes
Other Languages: No