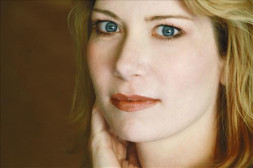 Heidi holds a B.A. in Film, Theatre and German Literature from the University of Michigans Residential College, a Certificate in German Fluency from the Goethe Institute, a Masters in International Media & Communications with a Regional Foc

Please also check out my imdb page under Heidi Philipsen

Crew Up Survey
Willing To Travel: Yes
Has Own Equipment: No
Has Insurance: No
Other Languages: Yes