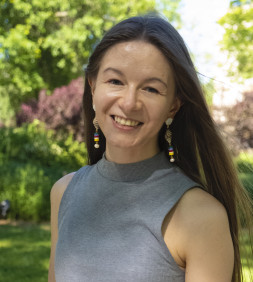 Assistant Editor and Researcher on major documentary projects with a background in international journalism
Full Bio
Olga Slobodchikova is a Russian video journalist and documentary filmmaker based in Brooklyn, New York.

Olga is interested in new social and cultural phenomena and stories of people overcoming challenges and injustices. Her debut documentary short, Age of No Fear, profiled Russian teenage activists protesting against Vladimir Putin - who has ruled the country since before many of them were born.

Recently, Olga has been working in post-production on major documentary projects for HBO, Netflix and Amazon. Her most recent credits include First Assistant Editor Researcher of the high-profile two-part HBO special, Agents of Chaos, directed by Alex Gibney and Javier Alberto Botero.

Before coming to New York to focus on documentary film, she worked as a bilingual correspondent and multimedia producer for the BBC in Moscow. There, she covered topics ranging from politics to culture and sport across multiple platforms - online, TV and radio. In 2016, Olga was booked for dozens of appearances on BBC TV and