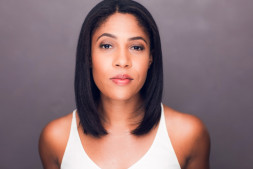 (She/Her)
Marchelle is an actor, writer, producer, director and vo artist who believes in the importance of shining a light on new voices and stories.
Full Bio
Marchelle is originally from the suburbs of Chicago and graduated from NYU receiving a BFA with honors in Theater. Some of her favorite acting credits include Law and Order Dynasty, NCIS: New Orleans, FBI, and How to Tell You’re a Douchebag (2016 Sundance Festival). She is currently in the film festival run with the award winning feature film Black White and the Greys, which she co-wrote, co-directed, acted in and executive produced. She loves traveling as she’s been to 4 out of the 7 continents, baking, and rooting for the St. Louis Cardinals.