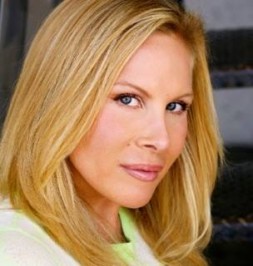 Producer, Director, Writer, Actor
Livin' Large Productions LLC.
Full Bio
(Actor, Producer) Lara Slife is the Managing Member of Livin' Large Productions, LLC. What began as a theatre company over ten years ago in New York City, with six successfully produced Off-Broadway plays, which included works by such greats as David Mamet, Lee Blessing, Neil Simon and John Patrick, has transformed into a prolific full-service boutique production company for theatre, television, and film. She attributes her success to her unrelenting pursuit of the story

Lara is the award-winning director, writer and producer of the critically acclaimed sports documentary feature film, 'Born To Lead: The Sal Aunese Story', which played to audiences in AMC Theatres from coast to coast and has been broadcast nationwide on the CBS Sports Network over the past two years. The film was qualified for an Oscar˝ for Best Documentary Feature Film during the 2017-2018 Academy Award Season.

'Born To Lead' has also been seen by audiences in over thirty countries and has garnered several awards. Lara also won 'Be

As The World Turns CBS Entertainment