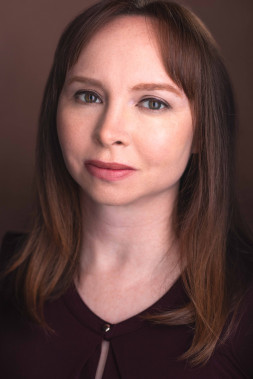 ActorFull Bio
Whether it s on stage, on film or on television, Amy Rauch is always committed to giving her best performance. Amy [Rauch], who plays Helene Hanff , is a treasure to watch. A thriving passion for literature comes through in Hanff s character, as well as a wonderful, dry, sarcasm that is often coupled with a vivacious energy that leaves one s eyes glued to Ms. Rauch throughout, said Brennan Jones, of DC Metro Theatre Arts, on her performance in 84 Charing Cross Road. With a city heart and rural roots, her passion lies in exploring what it means to be human and the shared connections we have, across cultures and across time.

Raised on a Midwestern farm in Missouri, Amy Rauch balanced military service in the Air Force with an acting career. She used her GI Bill to professionally train in Meisner technique in NYC and graduated from The Neighborhood Playhouse 2-year conservatory. Some of her film and television credits are Silent Sentinel (a period piece about the women's suffrage movement), A Clean Exit (a