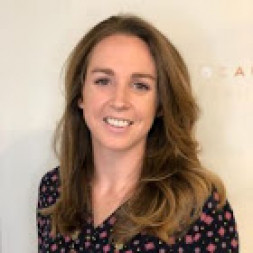 Video Editor working on a feature documentary about competitive fencing for NJ girls in high school
Full Bio
Holly Buechel is an emerging filmmaker and award-winning director for her short, Speed of Fencing. She collaborates with the newly-founded production team, Mad Hatter Media, as their lead Editor and President. Her latest project, Fencing for the Edge, is currently in production as her first feature-length documentary.

As the Assistant Editor on the theatrically successful documentary Bully, Holly Buechel saw the film from the beginning of post-production to its theatrical release at the Tribeca Film Festival. Her editing work received two awards at the 2011 City Visions film festival. Her collaborative efforts were recognized for Best Documentary Editing for Talking Drum, directed by Kamisha Smith, and as the editor for the Best Fiction Film award winner, Alex, directed by Annalisa Vozza.

As a freelance, New York City-based editor, Holly Buechel has worked on commercial projects for MTV, Pantene, HP, BMW, Jennie-O Turkey Burgers, Leon Paul, and LFUSA. She has also been a Junior Editor for an OWN TV seri