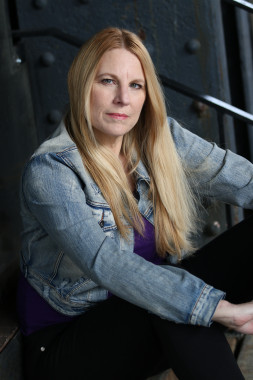 (She/Her)
Actor
Linda Collins
Linda Collins is a New York based award winning actor and producer working in film, television and new media.
Full Bio
Linda Collins spent many years performing as a full time classical musician before beginning her career in the dramatic arts. She has since trained in acting in New York City at T. Schreiber Studio with Terry Schreiber, with Marishka Phillips, and at the ARG studios with Anthony Robert Grasso, among others. She is very active in the indie film market, both as a producer and actor, and her films have been shown at multiple Festivals nationally and internationally. She was awarded a BEST SUPPORTING ACTRESS award for her work in the film Perception, which is currently showing on Amazon Prime. Linda holds a Master of Music degree and continues working as an actor and musician. She is a strong advocate for the arts and as such served as an advisor to Canadian Minister Flora McDonald on the Canadian Advisory Committee on the Status of the Artist and served the AFM International Musicians union as the Executive Assistant to the International President in New York City for several years.

Other Professional Groups
AFM, ACDA, AGO

Other Countries Worked In
Israel