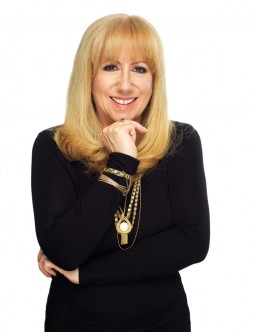 President/Owner
Abel Intermedia LLC
Full Bio
Barbara Barna Abel has a reputation for recognizing new and emerging talent and has cast over 100 unscripted and alternative projects since launching her company in 2001 finding Adam Richman, Bert Kreisher, Carson Kressley, Clinton Kelly, Ted Allen, Thom Felicia and many others along the way.

Barbara started in the business during the last century as music director of her college radio station (KSPC, Claremont, CA) and making tea for powerhouse 80s musical acts like Culture Club and Human League as the first college intern for Virgin Records UK. After stints in music management, Barbara gained her comedy chops at APA in Los Angeles working the phones for the legendary and visionary Marty Klein before merging her backgrounds in music and talent at VH1 where she ran the Talent Development department in New York.

As a personal coach and corporate trainer, Barbara believes everyone has a story to tell and is committed to helping people find their authentic voice. Her clients include television networks, pr

What Not To Wear BBC Worldwide TLC 2003