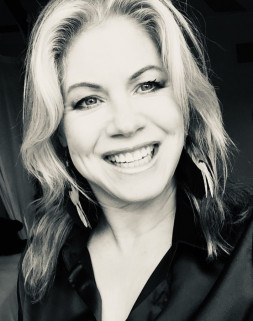 (She/Her)
President/Owner
SHREVE Interactive, Inc.
Heather Shreve is an award-winning screenwriter, historical advisor, content creator, and author of six books who has a passion for telling stories as well as illustrating them.
Full Bio
Ms. Shreve is a Marylander with a rich ancestral history in America with several strong areas of historical knowledge―the US Army Interwar years, jazz and the 1920’s, and WWII/1940's―and has created three well-researched original film projects enhanced with her artwork.

Through her company, Shreve Interactive, Inc., Ms. Shreve creates and produces content including books, tv series, film and custom artwork. She is member of NYWIFT and can be found at www.heather-p-shreve.com and IMDb Pro.