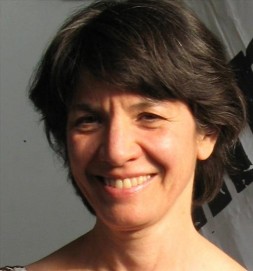 THE STRONGER, 2012, premiered at the Cannes Short Film Corner and screened at over a dozen festivals, including Interfilm Berlin, Festival International du Film sur Art Montreal, and the Female Eye in Toronto, to a name a few. Garnering awards worldwide, the film received Best Artistic Director Award from the Lady Filmmakers Festival in LA, the Award of Distinction from the Open Stage Festival in Poland, and was nominated for Best Experimental Film at the Female Eye Festival and Best Cinematography at the VisionFest Festival in NYC.

Her first short film, DAD, 2010, won the Award of Merit for Experimental Film from the Accolade Competition. It screened at NewFilmmakers Anthology Film Archives NY, the Baryshnikov Arts Center NY, Newport Beach Film Festival CA, and IN THE PALACE, among others.