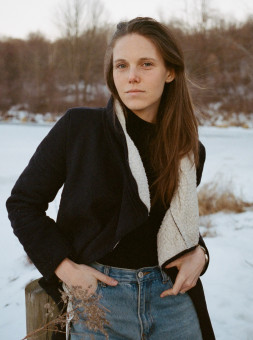 Hanna takes on the people and dynamics in her work that she is closest to, most afraid of, and endlessly intrigued by. Her recent short films Bea, Seriously (Bushwick Film Festival 2021), Six Feet (featured in Vague Visages) and Merci, Poppy (in post production) explore strong female protagonists who seek autonomy and self-knowledge. Her films are fueled