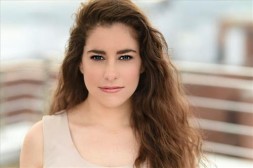 Founder
Sarah Seeds Productions
Full Bio
Sarah was born in Baltimore, MD and is the daughter of David Seeds, an Electrical Engineer, and Kathryn Seeds, a former art teacher and homemaker. She has one younger brother, named Matthew.

Since a young age, Sarah has performed on stage, radio, and film both locally and nationally. Growing up in Westminster, MD and then Richmond, VA, Sarah was able to continue her artistic pursuits through dance classes, show choir, community/professional theater, radio commercials and in PSAs/Commercials.

As a professional actress based in NYC, Sarah has appeared in TV Shows, Webseries, Films, Off-Broadway plays, and in national Voiceover campaigns. Most recently, Sarah can be seen in the Sci-Fi feature, 'Heaven is Now,' directed by Audrey Lorea, the comedy series 'Wildcats,' directed by Rachel Puchkoff an

Professional Credits
FILM/TV CREDITS: All Mobbed Up, The Anonymous Lives of John & Jane, American Fango, Heaven is Now, The Affair, The Mint, Riding the D With Dr. Seeds, Inside Amy Schumer, SAM, The Networker, WILDCATS, BICYCLES, Don Peyote, Bloody Slumber Party, Nowhere to Hide, Girl: A Musical Journey, The Shorts Show, Last Night, The Umbrella, The Art of Getting By, Adam and Eve Must Die,

Other Countries Worked In
USA