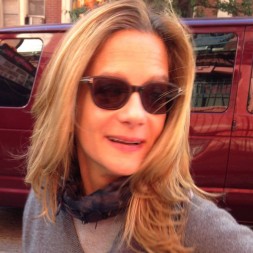 Director/Writer/Producer
Just Jill Productions
Full Bio
Jill Salvino is an accomplished storyteller and commercial director. As a highly decorated creative director, Jill Salvino has collected over 200 industry awards including an Emmy for her creative contribution to Live 8 as Creative Director at AOL. Award winning Salvino has directed over 500 commercials working for Young and Rubicam NY and in house ad agencies: HSN/USAI and AOL's Nuance Creative.br

After achieving successful career in advertising and commercial film directing Jill jumped the fence and began writing and directing for film. She has directed three film shorts. Taking it for Granted (2014) has screened and won prizes in over a dozen film festivals across the US and internationally including a special screening at NYC's Downtown Film Festival after taking home Best Drama. The Sonnet Project Number 74, presented by the New York Shakespeare Exchange, is on tour in the United Kingdom, and Lies People Tell (which she both penned and directed) premiered in the San Pedro International Film Festiva

2017 Between the Shades (director/producer)

2014 Taking It for Granted (Short) (director/producer)

Other Countries Worked In
Italy