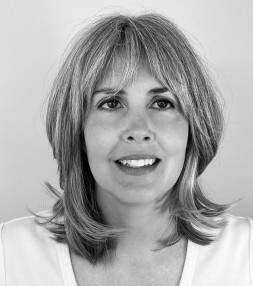 O’Kane was the showrunner of the James Beard award-winning Netflix series "Salt, Fat, Acid, Heat," and she produced "Iconoclasts" for Sundance and "Oprah Presents Masterclass" for OWN, both of which won NAACP Imagine awards. O’Kane has crafted narratives as diverse as "Mission Juno," documenting NASA’s probe to Jupiter, segments of AMC’s "Talking Dead," and commercial assignments for Apple, United Airlines, and SAP.

Having started her career supporting democratic initiatives in Latin America, O’Kane learned the power of messaging while organizing election observations in the Dominican Republic with former President Jimmy Carter. She seeks to celebrate different cultures through art and storytelling.

SHOWRUNNER:
Salt, Fat, Acid, Heat (Jigsaw Productions, Netflix 2018) . Based on the book of the same name, this James Beard award-winning four-part series followed author and chef Samin Nosrat around the world as she highlighted the four elements of good cooking. Filmed on location in Italy, Japan & Mexico.