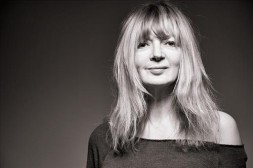 Full Bio
Robin studied acting under Joanne Baron in 1979 in NYC. Joanne is a well known acting coach who worked with Haley Berry on her Academy Award winning performance for Monsters Ball. After graduating Robin left NY and moved to Los Angeles where she landed her first film role opposite Val Kilmer in the Martha Coolidge film, Real Genius. Another highlight was working opposite Blair Brown and David Strathairn in, The Days and Nights of Molly Dodd. That followed other film, television and theater roles. In 1990 she moved back to NY she decided to try her hand at the other side of the camera. That is when she worked with Nina Rosenblum, NYWIFT member, as an associate producer. See credits. In between working with Nina on several films she was an intern for NYWIF before the television addition. Her most recent acting credits are for the film Wartime and a print ad for Victrelis. Robin is presently working with Nina Rosenblum again on a few films that are currently in development. She writes a blog for The Huffington P

Days and Nights of Molly Dodd