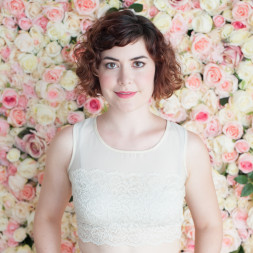 (She/Her)
Actor, Producer
http://www.caitcortelyou.com
Actor/Producer with a passion for period pieces and smart comedy. Star of award-winning feature film ASK FOR JANE. Currently in development on a workplace comedy among other projects.
Full Bio
I'm an Actor/Producer newly based in Atlanta after a long stint in NYC. I started acting at the age of 8 when I joined a Shakespeare troupe that was run by a pair of psychologists in my hometown of Madison, Wisconsin. I kept acting through high school, and moved to NYC to pursue my career and study acting at Columbia University, where I trained with Juilliard professors and earned my BA in Theatre with a Minor in Dance in three years.

My acting type is the sunshiny flirt who always understands the assignment. Think of me as a brunette Reese Witherspoon, or a Type-A cross between Amelie and Fleabag.

I have modern sensibilities combined with vintage looks, so as you can imagine I've done a lot of period pieces, including the upcoming season of THE MARVELOUS MRS MAISEL set in the early 1960s, Steven Soderbergh's THE KNICK set in 1900, the Off-Broadway hit SLEEP NO MORE set in 1939, the 1940s pilot O.S.S. directed by Jonathan Frakes of STAR TREK fame, and an indie feature called ASK FOR JANE.

Other Countries Worked In
China