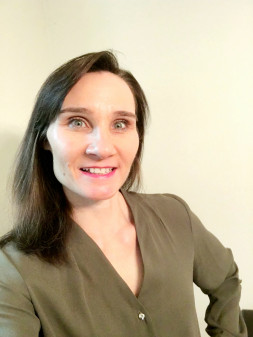 2018 Scene of the Crime, Stephanie Bragg

2017 Monsters Inside Me, Monster in My Mouth, Margaret

2017 The Hunt with John Walsh Melissa

Writer's Group works
Missy's Voice
Book, Screenplay (Drama)
Log Line:
Missy’s Voice is about a young singer who is tormented daily by bullies. Missy reaches her breaking point, but eventually learns that everyone is likable and valuable. The bullies learn that bad behavior is not rewarded. https://storypitches.com/2020/03/06/short-script-missys-voice-by-karen-goeller/
Escape Artists
Screenplay (Comedy)
Log Line:
A sad police officer is teased with graffiti until he realizes how much he is appreciated.
Synopsis:
This sad police officer goes on his daily patrol. Patrol is often boring, but he does his job. When Officer Rudy gets a call he is ready, willing, and able to do his job.
Missy's Voice Book
Book (Teen, Drama)
Log Line:
Missy, a young singer, is tormented by bullies daily.
Lymphedema: Sentenced to Life in Bed
Book (Drama, Autobiography)
Log Line:
A life story of cancer diagnosis and after surgery.
Synopsis:
A life story of cancer diagnosis and after surgery. A 25-year-old woman was told she would be bedridden for the rest of her life. She proved the doctors wrong.