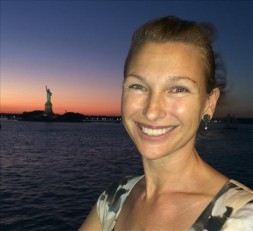 Responsible for targeting collaborators suitable as sponsors, and developing long term sponsorship projects executed during the Stockholm Film Festival in November, the Junior Film Festival in April and Summer Cinema in August. Services include hosting screenings, cocktails and seminars for clients, as well as public event marketing projects and festival activities to build awareness of the sponsor s brand.

Initiated together with Nikon the original Nikon Film Festival 2010, which has become a well-established and highly respected platform exhibiting young filmmakers , students and amateurs short films. A seminar hosted by the Swedish Arts Business Association presented the collaboration with Nikon in 2011, which resulted in a successful development and partnership with Nikon as Main Sponsor of the Stockholm Film Festival.

Variety Up Next http: variety.com 2011 film news swedish-muscle Creatively spearheaded and coordinated UP NEXT 2009, the start of a yearly recurring established concept, highlighting up coming Scandinavian talent in Variety editorial interviews, and through a seminar cocktail mingle with press and industry delegates focusing on meet greet , interviews, and O A.

Member of SAG/AFTRA and Equity