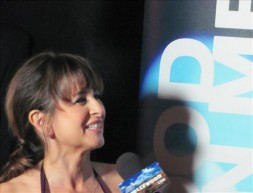 Composer
www.nanavant.com
Full Bio
Nan Avant is an award winning film composer based in Seattle. Her work has appeared in festivals both nationally and internationally, on PBS local broadcasting and concert stage. She has received several awards for her original scores from the Park City Film Music Festival, the Global Music Awards and was a nominee in the Hollywood Music in Media Awards 2013. She has scored music for short, documentary and feature films from New York, Seattle, Portland, Los Angeles, New Zealand and San Francisco. Her music recently appeared at Huffington Post Comedy online in the animation short, Herman Blue:Pumpkin Comic and she is currently working on a web series with Greg Kerr and Full Brain Films , Future Certain, release date early spring 2014.

Nan Avant holds a BFA degree from California Institute of the Arts in Piano Performance and is a graduate of the Pacific Northwest Film Scoring Program under the direction of Emmy award winning composer, Hummie Mann. She is a contributing editor for ScoreCast Online, Nan

The Snake and The Parrot 2012 Amy Guggenheim Drama

Maria in the Kitchen 2010 Nik Perleros and Laurel Minter Comedy

Gold Medal for Excellence in a Short Film -Three Mothers

Award of Merit Original Score in a Feature Film-Unremembered