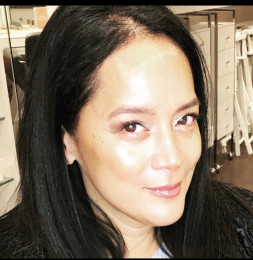 (She/Her)
Actor, Producer, Writer, Entrepreneur, Fundraiser , Philanthropist
No
Full Bio
Cassandra is a graduate of Columbia University, a Professional Actor, Producer, Humanitarian and an athlete. She is also active philanthropically. Cassandra received the 2016 Women4Empowerment Gold Medal of Honor for her philanthropic work closely associated with empowering women and young girls. She has also been nominated to be on the Advisory Board of LDEO (Lamont Doherty Observation Earth Conservatory) as a direct affiliation with her interests at Columbia University.

Cassandra has appeared on TV Shows, in Indie Films, Feature Films and on Person Of Interest . She portrayed Joyce in the multi award winning drama JOYCE (2018. She secured a role in the Guild Hall s Labor Day Production in East Hampton, New York where she performed in The Night of 75 Stars , alongside Alec Baldwin and Bob Balaban, and she is slated for the Lead role in Kevin Sheaff s upcoming Indie Feature Film entitled In The Eyes Of Love & Vengeance as Apostle Saundra , Iris Braun in Tyriq Mustaqyuim s From Sin To Salvation , Ma