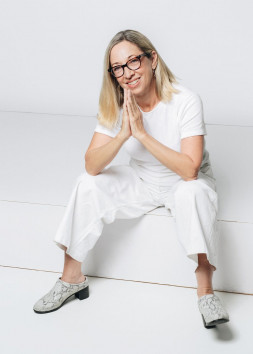 Every company needs a cool feminist OG and when Other Peoples Children met up with Tammy Green they knew they had found a match. How could they pass on a seasoned agent with a cat named after Kimbo Slice? She_x0019_d had the theatrical and commercial chops OPC was looking to add to the team.

As CEO and Agency Director of The Green Agency @thegreenagency for over 25 years, Tammy has set standards of excellence within the film, television, commercial and print industry in South Florida and the Southeast. She has promoted the careers of hundreds of performers, models and VO talent with a specialization in creating credible exciting platforms further launching them into notable careers.

Tammy is a graduate of the University of Miami with a degree in Film Production and Literature. She lives in NYC and Miami Beach. Tammy is an invited lecturer at numerous conservatories and festivals and an NYU Adjunct. She has appeared in spoken word p

Professional Credits
Thousands of commercial books over a 25+ career as the Agency Director of The Green Agency. Client credits include The Purge, Father of the Bride, First Ladies, Fast and Furious, and many many more.