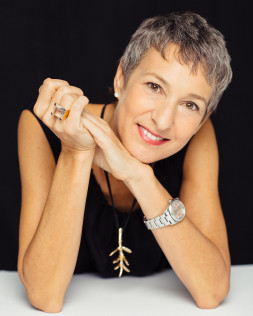 Holly founded BYkids in 2007 as a global movement that uses storytelling through film to inform, engage and inspire action. BYkids provides kids around the world with the training and the video cameras to make short documentaries about their lives and globally relevant issues. Renowned filmmakers mentor these young people in the art of filmmaking.
In 2016 Public Television joined the Ford Foundation and Discovery Education as BYkids institutional partner. FILMS BYKIDS, the premier season of our five-part documentary series narrated by Ashley Judd, aired nationally on public television.

Before founding BYkids, Holly ran the Global Film Initiative, a foundation bringing feature films from the developing world to major cultural institutions across the country.

Executive Producer and Writer, "Wake Up" for Documentary Channel (2006)

Executive Director, Global Film Initiative that Brought 10 feature films from the developing world to major cultural institutions across the country in an effort to promote cross-cultural understanding. (2003-2006)