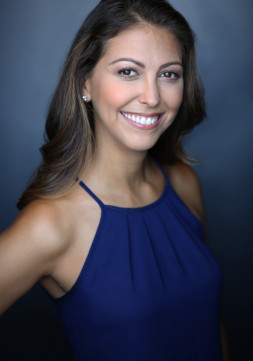 (She/Her)
Writer, Actor, Producer
FairSay Films
Tiffany Hodges is a full-time writer/actor/producer who creates stories of self-discovery and social justice for the underrepresented.
Full Bio
Tiffany Hodges boasts 20+ years in the entertainment industry. She moved to NYC from Texas to pursue a career as an actor and soon after fell in love with writing, a natural complement to her character-driven writing style. Now she has her own production company, FairSay Films. In addition, Tiffany is a political activist and works to give voice to the underrepresented. Growing up bi-racial in Texas fuels her passion to enlighten the equality issues of the times.

Professional Credits
Writer: Commissioned to write "Slipping Away" for PTO Films. Pilot script, “Tick Tock”, received interest from Reese Witherspoon’s Hello Sunshine and placed at Austin Film Festival. Feature, “Texican”, was quarterfinalists in SCREENCRAFT and Final Draft’s Big Break. Short, “Displaced”, placed at Austin Film Festival and is now in pre-production with FairSay Films.
Actor: Many Indie films including “The Perfect Witness” on Amazon as well as roles on “Blue Bloods” and “One Life to Live”. Additionally, Tiffany has been in commercials and has co-hosted.
Producer: “Tick Tock” proof of concept and founder of FairSay Films, dedicated to giving voice to the underrepresented.

Industry Awards
Three scripts have placed at Austin Film Festival and one is the quarterfinalist of SCREENCRAFT Feature Screenplay Competition and Final Draft’s Big Break.