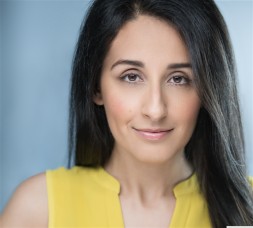 President / Producer
Fusion Box Films
Full Bio
Andrea Cordaro is the President of Fusion Box Films where she produces films with her partner and brother Francesco Cordaro. She is also a writer and actress. As a producer she has worked in narrative and documentary film, commercials, and music videos. She was recently awarded a grant by The Russo Brothers (Avengers, Arrested Development) and is currently producing a documentary film on cannoli. As a writer, her original comedy and playwriting have been staged in various comedy clubs and theaters in NYC. As an actress, she has been called 'Fiery and talented' and was most recently on stage in Joe Gulla's award-winning 'Gay. Porn. Mafia' at The New York Live Arts Theater. Acting in television, she was featured on Comedy Central's The Onion Sports Dome and appeared as a guest chef on ABC's The Chew. She also starred in Visiting Angel's 2016 National Commercial. Andrea was recently featured in the Funny or Die video 'Seriously Soft Sheet'.